Developed by Google, Phone is the company’s official calling app that has a number of features such as in-built spam protection, caller ID, and an option to screen unknown callers.

Exclusively available on Android, another feature that makes the app so good is the Visual Voicemail feature that lets users check their voicemail without requiring them to call the number.

It also lets them play them in any order they want, save voicemails and even read transcripts. But according to recent reports (1,2,3,4,5,4,5,6,7,8,9,10) from users, it looks like Visual Voicemail is not working as intended.

Many say that the feature has suddenly disappeared after a recent update. This is really frustrating for some since Visual Voicemail is one of the main reasons why many users installed the app in the first place.

Generic solutions such as reinstalling the app and clearing cache and data do not seem to help either. Here is what some of those affected have to say.

Visual Voicemail doesn’t show up anymore on Pixel 6 Pro, it will only show if I uninstall updates to the app. As soon as I update the app back, it disappears again. Edit: After getting a generic Google response shifting the blame to my phone (Google’s own Pixel 6 Pro) and my carrier (which has had visual voicemail on Android on all my phones over the past several years), I see in the reviews that this problem isn’t uncommon. I sent feedback through the phone app. Will update after it is fixed.
(Source)

Honestly it WAS five stars, but yesterday my phone updated the app and now the entire Visual Voicemail tab and functionality is just gone, poof. They erased all settings, my transcripts and even all the help articles for vvm! I still have the vvm service from Metro, and am on a Pixel 2. Uninstalling the update works temporarily, but once it updates again it’s gone. Definitely rethinking buying another Pixel if you can’t even access voicemail reliably.
(Source)

Thankfully, a Gold Product Expert on the Google Phone app Community forum has commented on the matter and said that the developers are already working on a fix for the missing Visual Voicemail.

I’ve been pestering them about it and have reported the numerous complaints. They tell me they have a bug filed, and are working on a fix. I don’t know the current status, or where it fits in their priority line, but I am hoping it gets high on the list. The best thing is for everyone to submit feedback, so they can see that it’s not just me and the people who have posted in this forum, but many others as well. Not everyone who reads this also posts, so I know that more people can reach them by filing feedback. I hope this answers your question!
(Source)

We hope Google restores the functionality as soon as possible since it is crucial for many. Until then, those affected can try uninstalling the latest update and reverting to an older version of the app.

That being said, we will be keeping an eye out on the matter and let you know when we come across more information so stay tuned for updates. 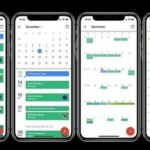