Samsung TV Plex app audio cuts out for some, video playback issue on One UI 4 (Android 12) under investigation (workaround inside)

Plex is a full featured app/service to set up a media center. Plex works with servers, which allow its users to stream content between different devices.

The Plex app is available for various Smart TV platforms, including Samsung’s OS for its TVs. However, it seems that the service is having some performance issues on TVs of that brand.

According to multiple reports, some Plex app for Samsung TV users are facing audio cuts. In addition to the above, some users are not able to stream videos between their devices with One UI 4.

Samsung TV Plex app audio cuts out for some

One of the reported issues is that there are audio cuts that some Plex app for Samsung TV users experience. First, the cuts occur after a few minutes, and then the audio cuts out completely (1, 2, 3, 4).

Audio drops every movie I try

I have tried multiple movies, they will play for about 5-10 min then audio will start to cut out, then completely cut out, I go back to home screen and play again and last 5-10 min then drops out.

I have tried reinstalling, switching audio tracks, lowering the resolution, nothing works I’m on a Samsung TV using the App
Source

It should be noted that, even after the most recent update of the app, the issue is still present, as some reports indicate:

A workaround to solve this glitch

There is a workaround that could help get everything working normally again. Basically, it consists of installing an older version of the Plex app (v1.24.3.5033).

Edit: I tested all public releases since 1.24.3.5033 and the first one with dropouts is 1.25.0.5282.
According to this page, there are a few beta releases which were not released to public before 5282.
No audio dropout on Chromecast with Google TV.
Source

Video playback issue on One UI 4

The second issue is that some users are not able to stream videos from their servers. However, this reportedly occurs if the device in question is running One UI 4 (Android 12 custom skin from Samsung).

After Updating my Samsung 21 Ultra to the newest Android 12 Version, i am not able to stream Videos from my Server. I had the latest stable release installed and for Test purposes the beta on. Same for both. I can see my Libaray and after i hit play, o can seen just the loading screen. I cannot even chosse to transcode or play original, because the Option is missing.
Source

It should be noted that, according to the Plex team, the issue should have been resolved with the most recent update of the app. However, reports regarding the annoying glitch keep coming up.

Plex team is investigating the issue

Having said the above, a Plex employee confirmed that the issue is still present, and that they are investigating about it in order to get a fix as soon as possible.

At the moment, this is all that is known about the case. Once new related events arise, we will update this article to keep you informed. 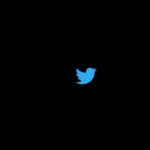 Twitter 'For you' & 'Trending' tabs no longer listing topics of your interest? You aren't alone