Home Box Office, popular known as HBO, is a U.S.-based TV network and is part of the WarnerMedia network. It also happens to be the oldest subscription-based service in the United States.

If you want to check out the entire HBO collection, then HBO Max is the place to go.

Despite being a huge streaming service, HBO subscribers frequently experience bugs and issues that ruin the overall user experience. Having said that, there are so many bugs that we have a dedicated HBO Max bug tracker.

And it looks like we have another one to add to the list. According to some users, HBO Max forgets that they are subscribed every couple of months when using YouTube TV.

Some say that the re-authorization process is intentional and HBO does this intentionally. Digging deeper, we found out that YouTube TV and HBO make use of a cloud ID service called Synacor which has mentioned the same in their product info.

Forever Login™ lets operators with Synacor® Cloud ID to balance easy subscriber access to TV Everywhere content with control over the maximum number of concurrent devices allowed and the length of time before viewers need to login again, if ever. Consumers register trusted devices as part of an operator’s sign-in process, providing access to content anywhere without the need to re-enter passwords.
(Source)

While the features sound pretty secure on paper, it looks like HBO Max users who subscribed to the service using YouTube TV have issues reauthenticating since HBO Max forgets if the user was ever subscribed in the first place.

I know this issue has been going around, but Google support escalated my issue still with no avail. Has anyone encountered a solution for this? I tried to login but it’s asking me to create a new account, I already have one and don’t want to trigger it billing me twice. To my understanding, something across HBO and YT have un-synchronized.
(Source)

Why has my HBOMAX subscription expired today? My youtube tv account shows us paying for HBO.
(Source)

Right now, the only way to fix the issue where HBO Max forgets YouTube TV subscription is by signing out of all devices on the HBO Max website and signing back in on the website itself.

We hope HBO and YouTube TV acknowledge the issue and work together so users don’t have to do this over and over.

When they do acknowledge the issue, we will update this article so make sure you keep checking for more information.

04:20 pm (IST): YouTube support has come out to confirm that the team is aware of the bug where YouTube TV credentials don’t work on HBO Max even when the plan is paid for.

Sorry to hear about the trouble – we’ve seen similar tweets about YouTube TV credentials not working on HBO Max and we’re already working on a fix. (Source)

01:28 pm (IST): Some fresh reports (1, 2) suggest that users are still having this issue where HBO Max says that your subscription has expired even when it isn’t.

12:29 pm (IST): The reports (1, 2) for this issue continue to pour in and TeamYoutube now suggest the affected users to follow their community page for the latest updates regarding the same, while they work on a fix. 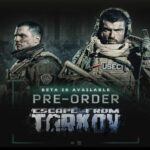 [Updated] YouTube supervised experience not working (unable to sign in) using Google Family Link? Here's what you should know