Microsoft has just begun taking pre-orders for the Surface Duo after months of it being teased. Of course, the company showed off the Surface Duo in October last year but Microsoft did not share many details about the device and its specifications at the time.

Now that the device is close going on sale to the public, the company has shared all the necessary details about the Android-powered foldable device. Keeping the specs aside, one of the most important factors is the software.

The Surface Duo is Microsoft’s first real attempt to bring a device running on Android to the masses. Although, it’s $1,399 price tag might not be appealing to many individuals. Nevertheless, the company has confirmed with Android Authority that the Surface Duo will get 3 major Android OS updates. Therefore, interested users might not have to worry about the device being stuck on old software after two years. While iOS users might laugh off the petty 3 major OS updates, Android users know all too well about the update situation on Android devices.

While three years of software updates aren’t as good as Apple’s 4-5 major OS updates, it’s a lot better than the existing update cycles for many Android OEMs. Nonetheless, the Surface Duo is scheduled to be launched on September 11 in the US and may arrive with Android 10 onboard.

Although there’s a slight chance it might come with Android 11 pre-installed. If that’s the case, users can expect to receive the update to Android 14. But we’ll have to wait until the official launch of the Microsoft Surface Duo to know more.

10:34 am (IST): While OEMs are rolling out Android 12 update for their eligible devices, Microsoft is releasing the long-due Android 11 update for Microsoft Surface Duo.

The latest update is identified with version 2021.1027.156 and is rolling out for users in North America and Europe. More on that here. 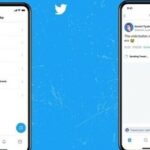