Developed by EA Mobile and EA Canada and published by EA Sports, FIFA Mobile is a football video game available on both iOS as well as Android.

Since its initial release back in 2016, EA updated the game every year with the latest version FIFA Mobile 22 released on January 18, 2022. The recent update brings in several changes to the gameplay and graphics and incorporates a new market system.

While the title is pretty stable, players have reported issues with VSA matches in Rivalry challenge mode auto completing and many unable to claim weekly matchups rewards in the recent past.

You can see in the image below what the FIFA Mobile disconnection error 0x040000000 looks like whenever players try playing Head to Head matches.

Hello everyone, I’ve been having problems with H2H matching for 2 days now. My last 3, were all disconnected turns. I know you will answer first, is your internet connection or phone strong enough to play H2H matches? The answer is; YES. There are currently more than 180 people on the Global Discord who have responded to the reported bug and are experiencing this as well. Hopefully this can be fixed soon, as I’d like to continue the H2H grind and there will be H2H games in the event on Friday. Thank you.
(Source)

All time at the beginning of match, after first pass.. “You were disconnected” And I can’t access h2h for duration of a game. Happened about 5-6 times for 1 day. 2 kinds of disconnection … “Network lost” – with my home Wi-Fi, and was happened with LTE.. too Most of the time message “you were disconnected”, but my real connection was perfectly fine. I was able to play atack mode and anything else, till I receive “your game was finished…” Help
(Source)

The error is making it impossible for many to play Head to Head matches and is making them angry and frustrated. Reinstalling the game and clearing data and cache seems to make no difference at all.

Fortunately, FIFA Mobile has acknowledged the FIFA Mobile disconnection error issue and said that it is currently under investigation.

We have an update coming up soon for a few fixes. The team is also aware of disconnection issues affecting Head to Head matches. While we work through this, we will be removing Head to Head from the upcoming Challenge Mode in the New Beginnings event.
(Source)

They also shared that the Head to Head mode will be removed from the upcoming Challenge Mode in the New Beginnings event. However, there is no ETA on when it will be fixed.

Rest assured, we will be keeping an eye out on the matter and update this space as and when required so stay tuned.

01:50 pm (IST): FIFA Mobile on Twitter confirmed that an update is coming soon to that will improve the head-to-head connectivity. Moreover, the players may be disconnected from the app for few hours as the team rollout this update. 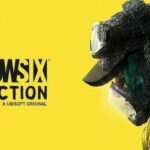