The iPhone 5S pioneered the smartphone biometrics craze we see today with the debut of Touch ID back in 2013. Today, nearly all Android smartphones have some form of fingerprint scanning ability.

While most would have liked the scanner to keep its location on the front panel, the technology to have it under the screen wasn’t just ready back then. This had to wait until 2018 with the launch of the Vivo X20 Plus UD.

Obviously, the back panel was the easiest and most feasible option, but we also have side-mounted units. As for Apple, ditching Touch ID for a bezel-less display experience saw the introduction of facial recognition dubbed Face ID.

But to achieve this, all modern-day iPhones have been forced to keep a notched display to house all the hardware required to deliver accurate facial recognition. This notch has kept iPhones away from the true bezel-less conversation.

Google also took this direction with the Pixel 4 but discontinued shortly after. This, not because Face Unlock wasn’t good, but because it stood in the way of having a bezel-less display like other Android phones.

Prior to the Pixel 4, Google phones were synonymous with the rear-mounted fingerprint scanner. This continued with the Pixel 5 family. But things recently took a turn with the Pixel 6 and 6 Pro, Google’s first flagship phones since the Pixel 4 and 4 XL.

The two, like any other modern-day Android flagship, have an under-screen scanner. By moving the scanner under the display, Google is now living the bezel-less dream while keeping the back panel clean.

But as you’d expect with any major design change in a popular product, having an under-screen unit has had mixed reactions from Pixel 6 and 6 Pro owners.

I love my Pixel 6 but do not understand why Google decided to use an in display fingerprint this time. It seems like if my finger is a little too moist or a little too dry I need 2-3 attempts to unlock. I never had issues like this with the rear sensor on my Nexus 5X, Pixel 3 or 4a. Just seems like a classic case of if it ain’t broke don’t fix it. No idea why they decided to remove it.
Source

The physical finger scanner was PERFECT. The scanner on the screen is a serious step back. I used to pick up my phone. Have my finger scanned as I was picking up my phone. by the time I looked at the phone, everything was ready to go. Now I have to pick up the phone. Wiggle it to wake it up. Be momentarily blinded by the flash of light used to scan my phone. And wait a bit for the phone to unlock. Or pick up my phone…double tap at just the right spot on the screen .. etc .etc. What a shitshow.
Source

Sure, there’s no denying Google often nailed it with placement of the scanner on the back, unlike others that often had it either too low, too high or near the lenses resulting in accidental smudges.

But for someone that mostly has my phone on a desk with the screen up, a front-mounted fingerprint scanner is much more accessible at all times compared to the rear unit. I don’t have to pick up my phone to scan my finger.

It can either happen with the phone still on my desk or in real-time when picking it up with my thumb right on the scanner. This means by the time I have my eyes on the phone it’s already unlocked and ready for use.

The good thing is that unlike other vendors, Google has had to bid its time before hoping onto the in-display fingerprint scanner craze. This means the speed argument against early versions of this technology no longer holds with respect to the Pixel 6 and other modern-day Android flagships. Most Pixel 6 and 6 Pro owners have no major issues with the speed of fingerprint scanning, although there are obviously a few hiccups, some even prompting discussions about the possible return of the rear-mounted fingerprint reader on the Pixel 7.

While there’s no doubt the rear-mounted reader on Pixel phones was great, the smartphone industry has since moved on to newer technology, at least for high-end phones.

There’s now a well-accepted standard that has seen significant improvements since launch, and no way Google is going back to rear-mounted units just to please some rigid Pixel owners. It’s time to move on and accept that in-screen scanners are the new norm.

The constant rants by Google Pixel 6/Pro owners, who are just getting their first devices with an in-screen fingerprint scanner (which perhaps explains the displeasure in some quotas since those coming from older Pixels are new to this technology), are pretty much futile.

In-screen scanners have evolved since their 2018 debut, moving from being slow to pretty much as fast as their rear-mounted counterparts. With their addition, OEMs have been able to achieve their dream of having a full-screen view with thin bezels while keeping the same physical size or even reducing the overall footprint.

And as noted earlier, we mostly have our phones on a desk screen facing up. For a rear-mounted unit, one has to lift the phone in order to unlock it before proceeding to use it.

For a front-mounted unit, you only need to place a finger on the screen even without lifting the phone and it’s unlocked. Heck, you can even go on to use the phone without lifting it, which is much more convenient.

Granted, I wouldn’t want to go back to a rear-mounted fingerprint scanner, and I’d even suggest Google adds in-screen scanners to its midrange A series, just like Samsung and OnePlus, among others, are already doing with their midrangers.

And yes, future Pixel owners ought to move on from the rear-mounted fingerprint scanner and begin embracing the new norm that is in-screen scanners. After all, industry leader Apple is reportedly headed this way too.

Of course, if you think otherwise do let us know in your comments below. We also have a Twitter poll that you can vote and come back for results after a week.

[POLL] Should Google bring back rear-mounted fingerprint scanner with the Pixel 7 series?

The results for the poll are live. A clear majority (over 65%) is in the favor of Google bringing back the rear-mounted fingerprint scanner with the Pixel 7 series.

While under 14% disagreed with this, over 20% opted for the ‘bring face unlock’ option. In case you missed the poll, you are welcome to share your thoughts in the comments section at the bottom. 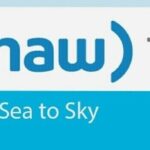 Shaw TV service error 'XRE-03090' issue gets acknowledged, but fix has no ETA