Roblox is one of the most popular multiplayer games & it has been created by David Baszucki. The game allows users to create their own games & to play games created by other users. Roblox was launched on September 1, 2006, & it is available on all the major platforms including Windows, macOS, iOS, Android & Xbox One.

In August 2019, Roblox surpassed Minecraft with 100 million monthly players. Roblox is where anyone can unleash their creativity and have fun with their friends, no matter where they live,” Chris Misner, president of Roblox International, said in the press release.”

Also, in conversation with PocketGamer.biz, Roblox vice president of marketing and digital civility Tami Bhaumik said that the game growth enhanced significantly in the year 2015. With an increase in the game’s playerbase, the company also expanded its data centers across the world. The company & game developers are surely looking to expand the game as a platform where players can create more interactive content.

But rumors about shutting down of the game got many Roblox players worried about the game’s future in July 2019. Well, at that time many believed those rumors & thought the game will shut down on March 22, 2020. Well, it was a prank & website which posted this fake news did it to get views.

Well, even at that time many informed users tried to get into the root of this matter and mailed Roblox’s official team regarding this issue. In an official response, Roblox official confirmed that rumors are untrue. Have a look at the official statement down below in the shared image.

Cut to now, rumors have again started to buildup from the last few days & many publications have been talking about the shutting down of the game. Well, we would like to inform our users that it doesn’t seem practical for the game to shut down with over 90 million player base.

Also, as per PocketGamer.biz article, the company has a vision of generating $40 million to $50 million revenue per year by 2022. Also, the Roblox platform currently features nearly 50 million games & it hopes to pay $100 million to its creators. The company also raised a funding of $185 million in 2018.

So, if you look at these facts, a company which is looking to pay its creators a whopping 100$ million & looking to expand the game further as a platform, has no possibility of shutting down. Also, recently Roblox partnered with Disney for the promotion of the “Rise of Skywalker” film.

Is the Roblox shut down rumor linked to ‘oof’ death sound from Tommy Tallarico game Messiah? Head here to read the complete story. P.S. Apart from Roblox, rumors about Minecraft shutting down are also catching heat.

Roblox went down today and wasn’t working for users around the world. However, before assuming the worst, this was a random outage and not any indication that the platform is shutting down.

Is Roblox getting shut down in 2022? Many of you would be thinking if this is really happening. Well, find solace in the fact that this is just a rumor.

Roblox isn’t getting deleted in 2022 from any of the platforms it runs on, including PC, iPhone, Android, or Xbox. More on that here. 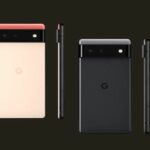 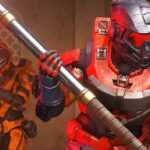