Google Chrome is one of the most popular web browsers worldwide. However, many of its users have been facing an annoying issue that prevents them from being able to use it correctly.

According to multiple reports, when a user attempts to drag/drop or move a tab, Google Chrome will open a new browser window automatically (1, 2, 3, 4).

Several reports coincide in the same situation. The bug interrupts the workflow of affected Google Chrome users when they want to drag/drop or move a tab. This is very frustrating for many.

I can’t move tabs in my Chrome

Hello everybody, I just want to know how to fix this issue, I’ve been searching up and down the settings and can’t figure it out.

This issue showed up like 2 hours ago, whenever I try to move a tab either left or right, it just pops off my window into a new one, and if I try to take it back I can’t, it’s frustrating me more than it sounds.

I am no longer able to drag certain things in Chromium

This is a problem that has started happening over the last week or so. I am no longer able to drag and rearrange tabs with my mouse in chromium when using i3wm. Any time I try to do so it simply creates another Chromium window. Until a week ago I was able to drag tabs without issue. I can still drag tabs in Opera.
Source

It should be noted that this glitch is not exactly new, there are similar reports published in early 2020. However, even in the most recent stable version (Google Chrome 97), many users suffer from it.

It should be noted that, recently, a Google product expert confirmed that the company is aware of the bug. In addition, recent reports indicate that it was already corrected in the most recent Chrome beta.

This means that the fix could arrive in the next stable browser update. However, in the meantime, there is a workaround that reportedly helps resolve the glitch:

I followed Kevin Groves ‘s advice and changed Chrome Settings>Appearance -> “Use system title bar and borders” to Off and it worked. I was using Ubuntu 20.04 operating system.
Source

In the coming days, if new developments related to this topic arise, we will update this article with all the relevant information. So, stay tuned.

03:16 pm (IST): Some users now say that the Chrome tab drag/drop or move bug is fixed after the recent update. So, users should not encounter this bug after updating Chrome to the latest version. 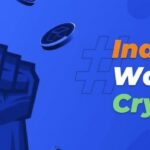 [Updated] WazirX payment through MobiKwik gateway option not working or reflecting in wallet? Here's what you need to know