Fortnite, the successful Battle Royale from Epic Games, recently received a great update that brought a lot of new content with its Chapter 3 – Season 1.

According to reports, in Fortnite Chapter 3 update, there are a couple of overpowered weapons: the Stinger SMG and MK7 rifle. Apparently, the performance of these weapons is ‘breaking’ the game for many.

Fortnite players report that the most recent update to the game brought a notable imbalance between weapons, making one pair far superior to the others (1, 2, 3, 4, 5, 6).

I think fortnite needs to stop catering to the noobs and just tell them “practice like everyone else did and stfu” cause It makes me not even wanna play when I spend lots of hours practicing just for there to be an smg that shoots through builds and kills someone Almost instantly added to the game.
Source

Apparently, both the Stinger SMG and the MK7 rifle offer too many strengths and few weaknesses in Fortnite. The main complaints are in the rate of fire, and the damage they deal.

The weapons don’t have a counter, players almost forced to carry them

According to reports, the capabilities of these weapons are breaking the balance in the game. The combination of rate of fire and damage inflicted on both generates almost guaranteed ‘insta-kills’.

It’s not an exaggeration to say that 3/4 of my deaths have been to an MK killing me in a half-second from >50m away. No gun that’s this accurate should have this high of a DPS. To put into perspective just how insane this gun is, a green MK has the same DPS as a Gold Scar did. How this gun ever got green-lit is beyond me.

And the Stinger’s DPS is just too high, period. You can kill someone in .8 seconds with the Gold with only bodyshots. That is a problem.
Source

So, to stay competitive, players are forced to carry all the same weapons. Otherwise, it is quite likely that they lose quickly during matches, since those weapons do not have a ‘counter’.

Taking into account the above, Fortnite players claim a ‘nerf’ to the performance of both the Stinger SMG and the MK7 rifle.

The new sub machine gun and the mk7 need a nerf

A lot of people can agree that these guns are LAZERS. I died with 150 health in 1 second with the mk11. I didn’t even have a chance to build, the smg is laser someone too and u can just ram and gun with it. Feels like the og tommy gun, they really need to change the rate of fire on these guns.
Source

Finally, there is no official statement from Epic Games on this matter. If the situation changes in the next few days, we will update this article with the pertinent information. So, stay tuned with us.

01:11 pm (IST): Players have been asking devs to nerf the Stinger SMG and MK7 rifle to make them more balanced for quite some time now.

And finally, the company has released a hotfix update aimed to nerf these weapons’ damage. They’ve also added a buff to the Auto Shotgun, increasing its reload speed. 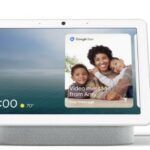 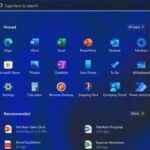