Part of the Microsoft Endpoint Manager, Microsoft Intune allows companies to manage mobile devices using the cloud. Unlike traditional security tools, Intune requires no on-premises infrastructure and instead can be managed via a web portal.

In March last year, users reported that they were having issues with the Microsoft Intune app where they were unable to sign in to the app. And yesterday, they acknowledged an issue with Samsung devices where many were missing ceritificates after updating to Android 12.

Microsoft Intune was recently alerted to an issue for Samsung devices enrolled with a work profile that, after updating to Android 12, some email and VPN applications are losing access to certificates when the user tries to access them (such as Gmail and AnyConnect VPN). The missing certificates prevent users from being able to access their email on Gmail and VPN apps. We are working closely with Samsung to resolve this issue but wanted to share temporary workarounds to help users access their VPN apps. We’ll update this post as more information becomes available.
(Source)

As it turns out, the Microsoft Intune Android 12 compatibility issue not limited to Samsung devices but is affecting other devices from various manufacturers such as Oppo, Google Pixel, OnePlus and non Galaxy devices.

While some say they were getting a not compliant error message, others reported that the process was falling at update device setting.

Hi Sir/Madam,
I have an android phone called “OPPO reno6 5G” in which I was configured Intune company portal app to access my office email, it was working perfectly fine until I upgraded my phone from android 11 to android 12 by software update feature available in device. After upgrade to android 12 my outlook mail started crashing so I removed the work profile, uninstalled the intune app, reinstalled it and tried to enroll my office email account but it fails at update device setting. I even reset my phone but still no luck.
(Source)

Since the upgrade to android 12 on my OnePlus 9 pro, I had a problem completing the last step of installing Intune Company Portal app. Intune company portal app was working fine on the same phone with android 11. With every attempt to reinstall intune portal app, I keep receiving the same message to update settings on my device. Is Intune company portal app compatible with android 12? I would appreciate your assistance to resolve this issue to access my business emails.
(Source)

While Microsoft is yet to comment on Intune compatibility with Android 12, some say that the issue is because Google is removing the ability for apps to access hardware identifiers such as Serial numbers, IMEI and MEID.

Users said that they tried contacting their device manufacturer but it they allegedly said that the Intune app is not compatible with Android 12.

It looks like instead of relying on hardware identifiers such as IMEI and serial numbers, those having personal devices will be assigned a new identifier that will be derived programmatically during the enrollment process.

We hope Microsoft sheds some light on the matter or releases a patch that fixes the compatibility issues with the Intune Android app.

That being said, we will keep an eye out on more information and update this space as and when required. 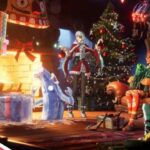 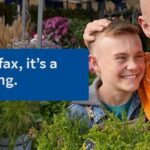