Halo Infinite, the latest installment in the iconic series, has been available since mid-November. Since then, its players have been reporting various aspects for improvement in the future.

The Halo saga has always sought to stand out both in offline game and in multiplayer. However, the Halo Infinite online mode is not appealing to all players (1, 2, 3, 4, 5, 6, 7).

According to multiple reports, the matchmaking system in Halo Infinite is not working properly. Apparently, they are rarely assigned to a server that offers them a good experience (1, 2, 3, 4, 5, 6, 7).

The matchmaking in the game is ‘horrendous’ according to many players. This is because it is reportedly not able to offer the most optimal servers based on the location.

The first notable consequence of the problem with the matchmaking system is that Halo Infinite players suffer from very high ping rates. This is a clear disadvantage in competitive matches.

I live in eastern europe and there is a big problem with ping in this game. Basically, here during the evening and night the game is literally unplayable. The ping goes up to like 100 and i cant play the multiplayer at all. It’s normal during the day because they keep putting me in european servers, but when you guys, who are from the US wake up, all it does is put me into US servers.

I mean, in general the ping in this game is really strange. If it goes up to like even 60, it becomes unplayable.
Source

In addition, the game does not allow choosing the server on which you want to play. So, the player must settle for the assigned server.

Having said the above, those are not the only problems reported in the game’s online mode. Apparently, there are also some issues with the servers.

According to reports, many Halo Infinite players are unable to enter or find matches, suffer from sudden disconnections, get stuck at loading screen, and even crashes.

EVERY OTHER GAME I AM DISCONNECTED. Bro wtf is this, half the time I can’t search for a game I have to restart multiple times cause it won’t work at all. Multiple times after a match the game just completely closes, disconnecting mid match. I’ve never had issues anywhere near this bad with any other game. Practically unplayable.

Halo Infinite developers are aware of problems with the matchmaking system. They reveal that they made some changes to the servers to try to mitigate the problem, and recommend restarting the game.

But, there are players who still suffer from the issues. However, some reported a workaround that helps resolve the issue: blocking distant or laggy servers.

For gamers on PC, the process is easier thanks to a software that allows to select the servers that the player wants to block. You can download the program from this link.

But, on Xbox, it takes a bit more work, since you have to block the servers manually. To do this, the process is as follows:

At the end of the previous screenshot, you can find the IP addresses corresponding to each server. So, you can block the most distant or laggy ones, and they will not be assigned to you.

To conclude, if new developments related to this matter arise, we will update this article to keep you informed.

04:12 pm (IST): Halo support on Twitter assured players that they are continuously investigating the reports of matchmaking errors when searching Big Team Battle in Halo Infinite.

04:41 pm (IST): Halo Support announced that the Big Team Battle will temporarily reduce to 10v10 from 12v12 to help devs monitor its impact on the issue.

12:51 pm (IST): While the devs were investigating Big Team Battle matchmaking issue, it was found that solo queueing may have a higher chance of joining a match successfully. So, gamers can try that until the issue gets resolved.

06:44 pm (IST): Halo support on Twitter confirmed that they have planned to release a hotfix update next week aimed to improve Big Team Battle matchmaking stability.

The hotfix to improve Big Team Battle matchmaking stability is planned to release mid next week. Due to the inconvenience caused by this issue, all players who sign into #HaloInfinite in the month after the update will receive 5 XP Boosts and 5 Challenge Swaps. (Source)

01:01 pm (IST): Halo Infinite today released a hotfix update that was also supposed to fix the Big Team Battle matchmaking stability. However, some players have reported (1, 2, 3) this issue even after the update.

Replying to this, Jerry Hook (Head of Design at 343) said that they are still working on to fix this problem. 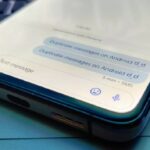 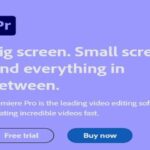