PUBG (PlayerUnknown’s Battlegrounds) is one of the most popular battle-royale games out there. It is one of the biggest rivals of other greats of the genre such as Fortnite in terms of the active player base.

The game is available on both mobile devices (Android/iOS) and Windows computers. However, it seems that the Windows version has been having an annoying issue for a while now.

According to multiple reports, there is a bug that causes the PUBG basic training section to get stuck on a black screen for some players (1, 2, 3, 4).

The reported issue is that when players try to enter a basic training match on PUBG, all they get is a black screen that doesn’t allow them to enjoy the game.

When the bug occurs, the image is affected, but the game is running in the background. That is, players can move and execute actions, since the sounds around them are heard. But, they can’t see anything.

Having said the above, there is a potential workaround that could help resolve the issue. It consists of making sure you have the Media Feature Pack installed on Windows. First, you should do the following:

First, check your version of Windows. It’s most likely an N version.
If that’s the case, then your Windows didn’t come with Media Feature Pack.
To check if you have that on your PC, just type “Media Player” into search bar on Start menu. If there is no Media Player then that confirms it that you don’t have Media Feature Pack.
Source

After checking the above, if you don’t have the Media Feature Pack installed, you can install it using the process shown below:

To install it, go to Settings (Win + I) > Apps, type “Manage Optional Features” into a search bar there and click it when it pops up. Then click Add a feature and find “Media Feature Pack” there. Install it and restart your computer. That should fix it.
This worked for me, so I hope this helps.
Source

At the moment, there doesn’t seem to be any official acknowledgment from the developers about the black screen glitch in PUGB. Once there are updates about it, the new information will be added to this article. 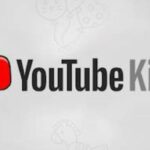