It looks like the Android 12 experience hasn’t been pleasing for many. Ever since its release alongside the Pixel 6 and the Pixel 6 Pro, those who upgraded to Google’s say the update feels unfinished and looks unpolished.

In the last few months, Pixel 6 users running Android 12 have complained about the phone crashing to recovery mode and black screen issues when they receive a notification.

And it looks like the December update has introduced several new glitches such as the phone screen timeout not working and the Hold for Me and Call Screen option disabled.

That being said, if you are thinking of sideloading the December update to fix the slow fingerprint scanner on your Pixel 6, we suggest you hold on a few more days since the January update is coming soon.

While the error is not new on Android, it looks like many Pixel 5 and Pixel 6 are frustrated and saying that it pops up quite often after the December update. You can see in the image below how the error looks like:

Since I updated to Android 12, I have received almost 12 System UI Isn’t Responding Pop-up messages in two months. They occured when in the message app, Gmail app, photos, etc. I have never received this many error messages before. I tried clearing cache app/data for settings and settings services. That hasn’t fixed the issue. I just reboot whenever it pops up to clear the problem.

The user added that they have installed only 4 apps other the default ones.

And the phone may be good for the next few days or it may happen again the very next day. I have only have 4 apps that did not come pre-installed on the phone (banking, TMobile VM + carrier services, password keeper). The only widgets I’m using are two settings widgets for system and notifications, and the calendar widget. Is anyone else experiencing this? I also want to note that Malewarebytes and Google Play Store have found no issues.
(Source)

It doesn’t happen as often as before, but the System UI app crashes at least few times a week. Is Google even aware of this issue? I’ve submitted feedback regarding this, but it continues to persist. I’m on a Pixel 5 with latest update on Android 12. Also, what is System UI app for anyways? (I’m assuming it’s not just for cosmetics.) Prior to 12, 11 never had these kind of issues…
(Source)

Even people who bought the phone a few days ago say that the issue is affecting them to a point where they are unable to operate it normally.

We want to remind you that the issue is not new with many users saying they were getting it after updating their devices to Android 10. As it turns out, the issue has been escalated to Google’s product and engineering team.

Thank you for reporting this issue. We’ve shared this with our product and engineering teams and will continue to provide updates as more information becomes available.
(Source)

If possible, you can try taking your device to a UbreakIFix store since one user said that Google has allegedly partnered with the company and that they were able to fix the problem.

In the meantime, Pixel 6 users can try some troubleshooting steps such as clearing the Google app cache, resetting app preferences, checking for updates, performing a factory reset, and clearing the System UI app cache.

Some say that the error pops up because they might be running an app that isn’t supported on Android 12 yet with a bunch of users blaming Discord.

As always, we will be keeping an eye out for more information on the Pixel 6 ‘System UI isn’t responding’ error so make sure you stay tuned for updates.

10:06 am (IST): Some fresh user reports (1, 2) suggest that this System UI isn’t responding issue still persists even after the latest January 2022 update. 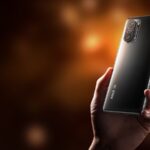