Fortnite, the successful battle royale game, recently received a new challenge for its players based on completing some objectives around a Telescope.

More specifically, Fortnite challenges its players to destroy three telescopes during a round. When a telescope is destroyed, it drops a part that must be collected. By having three parts, the goal is completed.

But, according to multiple reports, the Telescope challenge is currently bugged. Apparently, the parts that the destroyed telescope should drop disappear (or directly do not appear). So, players can’t get it (1, 2, 3, 4).

Many Fortnite players are reporting the issue described above. This prevents them from being able to complete the challenge and get the good amount of extra XP that it offers as a reward (1, 2, 3, 4).

This glitch happened just today. I have been trying to get the telescope parts needed for the season quest, but every time I destroy one, the parts that need to be collected do not drop at all making it impossible to complete the quest.

It was working perfectly fine yesterday but started acting up today. This happened on the playstation 4. Had anyone else experienced this?
Source

I’ve dropped at Sactuary/the outposts, gotten the message from The Scientist, but finding and collecting the telescopes is messed up for some reason. Most of the time I can’t find the telescopes, even when I know where they’ll appear, and when I do, destroying them plays the next message from The Scientist, but the parts are not dropped, and therefore I can’t collect them.
Source

Epic Games is already aware of the glitch

Fortunately, Epic Games is already aware of the glitch in Fortnite that causes parts of destroyed telescopes to disappear. At the moment, it is under investigation.

Epic Games is aware of a bug in Battle Royale where some players may not be able to find a third telescope piece when completing Stage 2 of the Weekly Quest “Destroy and collect telescope parts in a single match”.
Source

Having said the above, there is still no estimated date for the arrival of a fix. So, affected players will have to wait a bit until the issue is resolved.

Taking into account the above, if the fix takes a long time to arrive, it is likely that Epic Games will extend the duration of the event. But, this will have to be officially confirmed in the next few days.

Finally, once new developments emerge on the problem described above, the new details will be added to this article. Also, you can check the bugs/issues tracker dedicated to Fortnite.

05:17 pm (IST): Fortnite support has acknowledged the issue where some players are not able to find a third telescope piece when completing Stage 2 of the Weekly Quest “Destroy and collect telescope parts in a single match”.

Moreover, they said that this quest will auto-complete in the next game update.

13:38 pm (IST): Fortnite has confirmed that the v19.10 update is scheduled for release today. This update should address the Telescope parts challenge.

The v19.10 update is scheduled for release on January 18th. Downtime will begin at 04:00 AM ET, with matchmaking being disabled 30 minutes before. (Source) 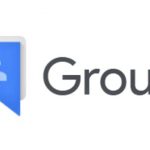 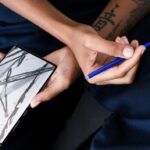