Axie Infinity, the popular NFT game based on battles between monsters (Pokemon-like) received a patch a few hours ago to balance the battle stats and some other stuff.

However, after the update, many players started complaining that some Axies (the game’s monsters) and items were much more affected than others.

More specifically, the complaints from Axie Infinity players are mainly focused on the nerf to Darkswoop, Anemone, and Eggshell.

According to multiple reports, Darkswoop is one of the Axies that suffered the most from the nerf. Before the nerf, the damage dealt by the monster was already low, and now it’s even lower.

darkswoop from 25 to 10 ? that card do not have even shield. and it cost 1 energy. now look at the card “10 dmg, 0 shield, just focus fastest enemy, cost 1 energy” who gonna buy that card ? no thats is just a very stupid nerf really. then you need to make it 0 cost. if like that.
Source

Some believe that this decision was made so that players have to reinvest in the game. Apparently, the Darkswoop was very used among the users of birds Axies (1, 2, 3, 4, 5).

Anemone and Eggshell were also nerfed

Anemone is another of the Axies in which the patch is most noticeable. As in the previous case, the problem is in the great reduction it had in the damage it can do to other monsters (1, 2, 3, 4, 5).

@Jihoz_Axie @SkyMavisHQ @AxieInfinity
Please look into anemone.
Anemones are extremely underpowered before the update. after the update… Anemone card has become the 1energy attack card with the lowest damage and lowest def.
Imagine an aqua cant kill beast with 4 cards… 🙁
Source

Finally, the Eggshell was also nerfed after the last patch. The Eggshell is not a monster, but an item that is often used by players with teams of Axies birds (1, 2, 3, 4, 5).

Why do you feel the need to nerf eggshell? Why? I don’t understand. Do you feel good making people pay for builds to then shit on them later? It’s becoming more clear that the only reason behind these changes is to keep sucking money from the players.
Source

The Eggshell + Blackmail combo (another item in the game) was quite popular to manipulate the ‘aroma’ according to the player’s needs. Now, this mechanic is less convenient to use.

At the moment, there seems to be no official statement from the Axie team on these complaints. However, the matter is very recent, so there could be updates about it in the coming days.

If there are any future changes related to the nerf issue, we will update this article. So, stay tuned with us. 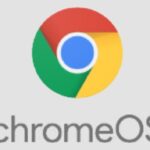