The Google Pixel 6 is one of the best phones to come out this year. Released on October 28, both Pixel 6 and Pixel 6 Pro have managed to impress many, thanks to the in-house developed Tensor SoC.

However, despite its top-of-the-line hardware and camera performance, the devices have been plagued by bugs and issues that surface from time to time.

As it turns out, Google is working on fixing these to the best of its ability. For example, many Pixel 6 users reported that the fingerprint sensor is abysmally slow and sometimes inaccurate.

In order to fix some of these issues, Google recently released the December update that fixed a bunch of bugs including the fingerprint scanner. But it looks like some are experiencing connectivity issues after sideloading the update.

I just sideloaded the update (U.S. carrier version) a few hours ago and it has been working great. The fingerprint scanner is now much better and I did not notice any change in signal (It was working fine for me on the November update also). Other than that, I think the phone is slightly more snappy. I have absolutely no clue why some people have trouble with connection and my guess is that any OTA that would come will only come bundled with the Jan security update.
Edit :
Nvm. The signal is worse but luckily around my area, it’s still decently usable.
(Source)

I just can’t live with the fingerprint sensor any more and decided to sideload the update. Turns out to be pretty impressive. The fingerprint sensor is at least twice as fast as before and it barely fails now. It’s an overall easy process that takes about 10 minutes. I’m on AT&T and haven’t noticed connectivity issues, yet.
(Source)

If we look at some of the user reports, some say that they had no connectivity issues while others said their signal strength worsened significantly.

And since AT&T and T-Mobile users are yet to receive the December update, many are wondering if they should sideload it or not. If you ask us, we will suggest you hold on since the January update is coming soon.

In case you want to try out the update, make sure you choose the version with build number SQ1D.211205.017 instead of the .016 as it is reportedly causing some issues.

How to sideload the Pixel 6 December update

And if you are wondering how to sideload the update, make sure you have Android SDK installed.

Then download the build you want to sideload and connect your phone in ADB mode. Once done, use the “adb sideload” command to push the update to your phone.

For a better understanding of the process, you can watch the video below:

10:57 am (IST): While many reports have highlighted that the December update isn’t available for some Pixel 6/Pro units, it seems that Google is intentionally holding the update back due to the bugs and issues it brings along.

10:38 am (IST): Google has now officially confirmed that it has paused the rollout of the December update to Pixel 6 and Pixel 6 Pro devices after some users reported calls were dropping or disconnecting.

Moreover, the tech giant is advising those affected to downgrade to the November patch. In case you are wondering how to do so, head here to know-how.

12:19 pm (IST): For those who are wondering if sideloading December 2021 update on Pixel 6 will prevent the January update or future updates to arrive via OTA.

According to a product expert on the Google forum, users will still get January 2022 update if they sideloaded a correct December update.

Presuming you sideloaded the correct December update for your device, the January update should arrive normally via OTA. (Source)

12:21 pm (IST): The user experience for users of Pixel 6 and Pixel 6 Pro devices who have reverted back to the November update from the problematic December update seem to be having a far more usable experience.

Pixel 6 and Pixel 6 Pro users might have to wait a little longer for the same so a fix for this and other Pixel 6, 6 Pro issues can be expected later this month.

02:32 pm (IST): Google has removed its buggy December 2021 update for Pixel 6 and 6 Pro from its official website in order to prevent users from manually downloading it.

Some users who have tested the GrapheneOS January patch have reported that it does not have any kinds of issues reported in the December 2021 patch.

So, those who are issues can install and see if it resolves the issue in question. But as it’s not an official build, we recommend you wait for the official January update to arrive.

03:41 pm (IST): While Google has released the Android 12L beta 2 update for some Pixel devices, the Pixel 6 and 6 Pro are not in the list. Being the company’s current flagships, the user experience is shaping up to be a disappointment.

Google says that the update will be available soon for the latest flagships but has not provided a timeline. This means Pixel 6 series users have no choice but to wait for a fix to arrive later.

10:01 am (IST): Google finally released the much-awaited January 2022 update for Pixel 6 and 6 Pro. It comes with a bunch of bug fixes including those from the December patch. 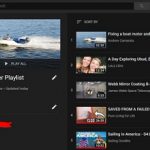