Minecraft bug where boat disappears after 1.18 update acknowledged (workaround inside)

Minecraft is without a doubt one of the most popular video games of all time. Ever since its release in 2011, the game has won several awards and has more than 140 million monthly active players.

But Minecraft players are no stranger to bugs and glitches with some making the game unplayable at times such as the recently reported ‘Internal Exception: java.io.ioexception’ error. As it turns out, Minecraft players are experiencing another issue (1,2,3,4,5,6,7,8,9,10) where the boat disappears along with the animals in it whenever their character gets off.

It looks like the issue surfaced after the 1.18 update. Minecraft players say that even though the boats do not disappear every time, many are frustrated since they have lost numerous boats and animals that were in the boat.

When I made a world in minecraft I decided to make a boat when I first played my minecraft world there was no issue with the boat at first until today. When I went to my minecraft world everything was going normal. When I decide to go mining I got in my boat and went mining. After mining it was night so i tried to go to my boat. When I went to the exact spot of where my boat was it wasn’t there. I tried to find it but there was mobs everywhere. So I went back to my house and decide to make another boat and used that boat but later I went mining and after that I went back to my boat and it wasn’t there. did mojang missed a bug? :/
(Source)

For the past 3-4 days I’ve had my boats to disappear. The bug doesn’t happen everytime, but it does happen most times. If I restart my world, the boat returns. Sometimes, the boat will be there until I turn away from it. Sometimes, walking away and coming back makes the boat reappear. Most times, as I press CRTL to exit boat, it disappears then. Other times, the boat disappears if I walk away and come back. (I use keyboard and mouse on XBox Series S if that matters)
(Source)

Fortunately, it looks like Minecraft developers Mojang Studios are aware of the bug where the boat disappears when the players get off.

They also suggested a bunch of workarounds that might help fix the issue. The first one requires players to shoot the invisible boat with a sufficiently strong bow to make it visible once again.

Alternatively, players can move 70 blocks horizontally from the location and go back or reload the world to make the boat appear again.

Unfortunately, there is no ETA on when it will be fixed. We hope Minecraft developers fix the bug in the coming days. If and when they do, we will update this space so stay tuned for updates. 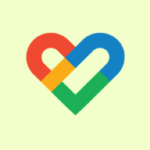