Apart from the significant UI changes and the introduction of Material You, one of the most exciting features Android 12 has to offer is the inclusion of the ‘Game Mode.’ It is similar to the Xbox Dashboard on PC.

While manufacturers like Xiaomi, Realme, and OnePlus have already developed their version of Game Mode, everyone was excited to see what stock Android had to offer. That being said, the Game Dashboard on Android 12 offers access to various shortcuts and performance profiles. While the Game Mode supports only limited titles right now, we are seeing that developers are working on making their apps compatible. It can be accessed by tapping on a little icon that pops up whenever you play a supported game.

Android 12 users can easily access certain shortcuts such as FPS Monitor, screen recorder, screen capture, Livestream to YouTube, and the Do Not Disturb toggle amongst some other features.

But recent user reports suggest that even though they have disabled the toggle for Game Dashboard, the icon still pops up. It is really frustrating for those with big fingers or users who do not want to use the new feature.

I just got my pixel 6 pro today and anytime I play a game and touch near the bottom of the screen I get a little pop up to take me to the game dashboard. I’m not a heavy gamer and I don’t stream to YouTube or need to know my FPS when playing casual games. So I’d like to find a way to stop that from coming up when I touch the bottom of my screen as it is more of a distraction when I’m playing a game like clash royale and that pop up comes up right where I would select a card.
(Source)

Does anyone know how to change the game dashboard pop-up icon to not pop up? I don’t play 3D games and I don’t want it. But it continually pops up and blocks the games I do play. I have the game dashboard turned off already which is why the side swipe screen is off. But the little icon that shows up in the bottom right continually pops up and the only way to get rid of it is to clock on it and close the screen.
(Source)

Some say that the icon pops up right on top of a button in some games such as Clash Royale, which is really annoying to deal with since it does not go away. Fortunately, a Reddit user has shared a way to disable the Game Dashboard on Android 12 for good.

We hope Google fixes the issue where Android 12 users cannot disable the Game Dashboard toggle. If and when they do, we will update this article to let you know so make sure you keep an eye out.

02:05 pm (IST): A community manager on the Pixel Phone forums confirmed that the December update for Pixel devices fixes the icon issue with Game Dashboard. The sensitivity issue are yet to be addressed, however.

We have received reports of issues with sensitivity and lingering for the Game Dashboard icon. In the December update, we have fixed all issues with icon lingering. While we work on the sensitivity issues, we recommend trying the following steps to shift the placement of the icon:

Note: This will not remove the icon entirely, but allows you to move the icon to a desired position. (Source)

06:00 pm (IST): Fresh reports indicate that the bug has not even been fixed with the January update for some users.

This is not fixed in the January update as promised. What is the use of a game dashboard that actually interfere with game controls. (Source)

Same issue playing multiple games, makes them unplayable!! It’s now January, wasn’t this meant to be fixed in the December update as per the ‘Community Manager’s’ post in October? (Source) 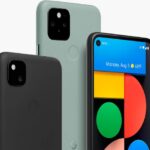 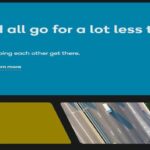