Released in June of 2020, Valorant is one of the most played online multiplayer FPS games on the planet. Developed and published by Riot Games for Windows, it is heavily inspired by Counter-Strike and Overwatch.

The 5v5 shooter features several characters with abilities called Agents, who can recharge their ultimate ability either by killing others, collecting orbs, or securing objectives. Like Counter-Strike, every player starts the match with a pistol in hand. Valorant allows players to buy weapons every round using a system similar to Valve’s multiplayer shooter. That being said, Riot Games recently released Patch 4.0 that brings in several changes to existing weapons and adds a new agent called Neon.

The new patch nerfed several weapons such as the infamous Spectre while buffing the Ares with the developers planning it back to the meta.

Having said that, Valorant players are now saying that the Ares buff has made it overpowered and are demanding that Riot Games either nerf the gun or revert the changes.

@PlayVALORANT @RiotSuperCakes maybe Ares buff hits too Hard, now Spectre mostly useless on second round buy and even on full buy rounds if you good enough with it. It’s like I get flashbacks back when CS:GO buffed Negev
(Source)

@PlayVALORANT the Ares needs to be nerfed badly. Its gotten better then most of the guns in the game. The buff that it got just made it so over powered that no one even wanted to use a different gun in my game. Its so cheap, so anyone can by it, including in early rounds
(Source)

And apart from the Ares buff, it looks like the recently introduced agent Neon has been reportedly wreaking havoc. Players say that he is simply too fast and are demanding a nerf or rework.

i dont care about the ares, its more about that Neon needs attention.
(Source)

Judging by the number of reports from Valorant players, it looks like Ares will be dominating the meta in the coming days.

We hope Riot Games listens to the player base and make some changes to Neon and Ares in the near future. When they do, we will let you know so stay tuned for updates. 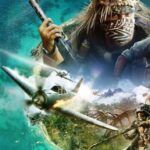