If you are tired of Chrome and are looking for a free open-source, there are only a handful of browsers available on the internet. One of them is the recently released Brave browser.

Developed by Brave Software Inc., it is a privacy-focused browser that features an in-built ad blocker and a website-tracking blocker. While surfing the internet, users can also turn on some ads to earn BAT cryptocurrency.

Soon after its release, Brave gained massive popularity because of its unique feature set and availability on a multitude of platforms. As of December 2021, the web browser had 50 million monthly active users and 15.5 daily users.

But since the browser is based on the popular Chromium engine, Brave is no exception to technical bugs and glitches. Last year, users said that they were unable to port BAT rewards to Uphold Wallet.

And now, Linux users running Brave are reporting that they are unable to drag or reorder tabs. It looks like the issue surfaced after the recent v1.34.80 update based on Chromium 97.

1.34.80 breaks tab dragging for me (Kubuntu 21.10, KDE 5.23.5); if I try to click & drag a tab to move its position between the other tabs on the tab bar, it simply breaks off of the window into a new window, and subsequent clicking & dragging of that new tab doesn’t put it back into any other existing windows no matter what. I had to right-click the tab & “Move tab to another window…” to put it back, and then obviously it would be tacked on to the last position of all the open tabs.
(Source)

When I am trying to move tab (change its position, ‘holding’ browser tab/card with the left-click), the new window is created and I cannot put tab/card in a new place in my old window. It worked with 1.33.xx.
(Source)

Many say that instead of reordering the tab order, Brave opens the tab in a new window. The only way to integrate the new window with existing tabs is by using the ‘Move tab to another window’ option, which is really frustrating.

As it turns out, the issue was reported in Chromium 97 as well, but it looks a patch was applied in v98. And since Brave v1.34 is based on Chromium, the glitch managed to make it to the latest version.

Right now, the only workaround involves downgrading Brave to v1.33 since users were able to drag and reorder their tabs in the previous version.

01:05 pm (IST): A VP of the engineering team at Brave said that the issue where users are unable to drag & reorder tabs was seemingly fixed upstream and maybe in the next chromium update. 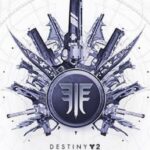