Looks like Spectrum’s internet and cable issues are here to stay for long this time. According to a user shared info, there could be a maintenance till September 29?. In which regions specifically? Well, there’s no clarity about that as yet. Here’s what the user who got in touch with the support got to hear: 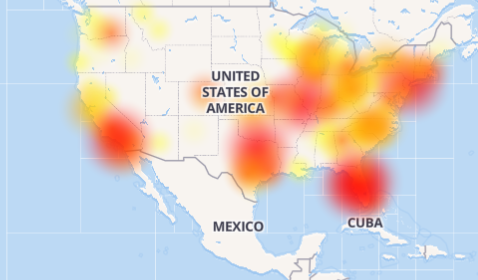 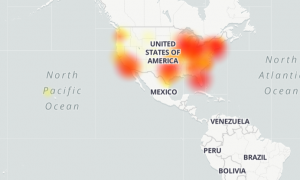 Going by reports on micro-blogging site Twitter, it appears that Spectrum is down and not working for many as of writing this.

@Ask_Spectrum
is there an outage on Staten Island
Source

Spectrum has been down ALL. DAY. How are they going to jack my bill up and then constantly suck? Pouting face
Source

As usually is the case, the outage affects some of the areas. So you can check with the Support if your area is affected. Here’s is what they told one of the affected users:

I can confirm that maintenance updates are being conducted in your service area this evening. During this time, you may experience a partial or full interruption of all services. Although I’m unable to provide a specific time when as to w… https://bit.ly/3s1L9GZ
source

Looks like there’s again a sort of Spectrum outage as many users are complaining that their Spectrum service is either down or the speed is very very slow. Check out some of the compalints here (1,2,3,4,5).

New reports from Spectrum indicate that the team is currently working to resolve these issues afflicting its customers.

We are working to resolve issues affecting SportsNet LA. We apologize for the inconvenience and appreciate your patience while this is corrected.
Source

Spectrum has acknowledged an outage reported by users in Zip Code 90250. However, the carrier fails to provide an estimate for when the restoration of service will be complete.

Many Spectrum users have been facing issues with the internet and mobile service. Here are some reports for reference:

What’s going on with the app and my internet?? (Source)

@Ask_Spectrum you pick a helluva night to go down.. You never disappoint (Source)

While the carrier didn’t acknowledge any outage, it seems that some individuals have also reported that the service is back to normal.

It came back up right after I tweeted you.. but thank you for the response I really appreciate 5. (Source)

01:54 pm (IST): Fresh reports on Downdetector and Twitter indicate that Spectrum internet is not working or down for many users.

@Ask_Spectrum is the internet down in Granada Hills, CA 91344? (Source)

My home internet is down (Spectrum). At least it’s an outage and not an issue limited only to my network… (Source)

02:54 pm (IST): Moderate service outages have been detected by Fing Internet Alert in the past few hours in different regions.

01:23 pm (IST): Multiple reports from users on Twitter indicate that Specturm is still going througn a small outage in some areas. There’s no confirmation on the same from the company.

12:05 pm (IST): Downdetector has seen a spike in the number of reports indicating that there’s an outage with Spectrum services. The carrier’s support hasn’t acknowledged any outage yet.

04:36 pm (IST): Although, the outage reports on Downdetector are gradually diminishing, still it seems that users are having problems with the service. And yet, Spectrum support has not acknowledged the issue.

03:18 pm (IST): Several users are still reporting issue with Spectrum. And the recent reports on Downdetector indicate that there is indeed an outage with the service.

Here are some recent user reports:

@Ask_Spectrum when is your service going to get better . Another outage in 4 days . It’s time to make a change and get a provider that actual cares And has the internet going without any issues . I pay 160 bucks a month for horrible service . I’m done with this (Source)

are you fucking serious? my internet has been out for hours and i pay you soooo much $$$$$$$ this is getting ridiculous (Source)