Hulu is one of the most widely used content streaming services out there. Like other similar services, it is available on many multimedia platforms.

One of the platforms on which the Hulu app is available is Tesla cars. However, it seems that many Tesla users have not been able to enjoy it as it does not work properly.

Many Tesla car users have been expressing their annoyance at the situation. They report that when they try to open the Hulu app, all they get is an error code (P-DEV302 or P-DEV313).

For more than six months I’ve been unable to watch anything on Hulu in my Tesla because every time I start something it pops up with a Hulu Error Code: P-DEV 302. The Hulu app loads, and I can login, browse shows, and can even watch previews, trailers, and the Hulu marquee that plays when you start a show, but the moment the show is about to start I get the error.
Source

In addition to the above, the complaints also point to poor support from developers. According to reports, users have been waiting for months for a solution that is supposed to arrive ‘soon’.

I’ve been getting this in my Model X for about six months. Support has been terrible about addressing this issue. All I get is a run around with extremely vague responses like “we’re aware of the issue and you’ll be fixed right away”, or “have you tried uninstalling Hulu and installing it again”. It seems like their first line of support is just there to pacify you and give you a discount on your bill, but never actually escalates an issue to a second tier of support.
Source

Issue under investigation, try this workaround

In a recent response, the company confirms that they are still investigating the problem. However, the response is similar to what other users report having received for months.

Apologies for the ongoing trouble! Our team is still actively investigating this. While we don’t have an ETA to share at the moment, rest assured we have all hands on deck working towards a fix. We appreciate your patience in the meantime!
Source

Also, there is no estimated arrival date for a fix. And, considering the background, there is no assurance that it will be available anytime soon.

However, in the meantime, there is a workaround that reportedly helps resolve the issue. To apply it, you must follow the following procedure:

At the moment, this is all that is known on this matter. If new related events arise in the next few days, we will update this article to keep you informed.

Finally, you can also check the bugs/issues tracker dedicated to Hulu. 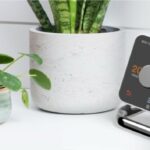