Google recently released December 2021 update for its Pixel devices which brings a bunch of bug fixes along with the latest security patch and some new features.

The update was released nearly a week ago for eligible Pixel models and it was scheduled to release a week later for Pixel 6 and 6 Pro, which is now rolling out. Screen time out not working issue on Pixel phones

Having said that, those users who have already installed the update onto their devices are now complaining that it has brought a new issue for Pixel phones.

As per reports, several users have complained that the screen timeout is not working on their Pixel phones after installing the latest update.

Screen timeout stopped working on my Pixel 4a Post December 2021 Security update. It only works for sometime when i clear the cache of Pixel Launcher and Settings app and then reverts back to the same condition of “not working” after sometime. (Source)

@madebygoogle Hi google! On my Pixel 5, after the December update my phone does not respect the Screen Timeout setting intermittently. Ofter times my phone screen stays on indefinitely when charging. Never done this before. I have restarted, etc. (Source)

Usually, if you leave a device with the screen on, it should automatically turn off after a set time. But due to a glitch in the software, the screen somehow does not get turned off automatically.

As a result, users have to turn it off manually by pressing the power button and until then if remains active.

Some users also say that this issue goes away by clearing cache or simply rebooting, but after some time, it comes back.

While for some users, this problem is not constantly bothering, for many others, this bug has become a mess.

Unfortunately, Google has not acknowledged this issue and also there is no workaround available at the moment that can fix this annoying issue permanently.

We hope that Google fixes this bug soon since many users are getting frustrated by the screen not turning off after a specified time.

That said, we will keep you informed on the latest development of Pixel screen timeout not working issue as and when anything new comes to our notice, so stay tuned.

In the meantime, you can also check out our dedicated Google Pixel Android 12 bug tracker insights over all the ongoing issues with Google’s latest OS along with their solution, if any.

The problematic December update that broke screen timeout for Pixel devices has now been officially suspended by Google for the Pixel 6 and Pixel 6 Pro.

Fresh reports indicate that the issue has still not been addressed with the January patch that went live for the Pixels hours ago.

The issue is still unresolved after the January 2022 security update. (Source)

I can also confirm that the issue still exists after installing the January update. The issue or its fix is also not listed here in the Pixel update notes: https://support.google.com/pixelphone/thread/143968432/google-pixel-update-january-2022 (Source)

The issue is not fixed after January 2022, shame on the developers, am never buying a Pixel and strongly recommending all my kins not to buy a latest unstable-updated devices, from an inefficient developers. #punIntended #dissapointeduser (Source) 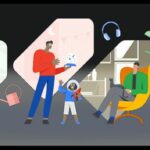