COD: Modern Warfare is one of the games in the Call of Duty saga that has been receiving updates recently. But, like their brothers, they have brought some bugs that must be fixed.

The latest update for the game is patch 1.50, which rollout started on December 15th. The official changelog indicates the following modifications:

But, according to multiple reports, COD: Modern Warfare is crashing and getting stuck after that update. So, it is currently unplayable for many.

One of the problems reported by the most recent update of the game is that it crashes constantly. Apparently, the crashing in COD: Modern Warfare can happen at any time, either in-game or in the menus (1, 2, 3, 4, 5, 6, 7, 8).

Same exact thing has been happening to my game since the new update came out earlier today. Has made modern warfare absolutely unplayable. Can’t even close out the application, it locks the PS4 and gets stuck. This is some BS smh
Source

The issue sometimes causes the player to be unable to exit the game, and the only thing they can do is restart the console completely. So, it’s a pretty annoying glitch.

At the moment, there is no official pronouncement on the matter by the developers. If there are any in the next few days, we will update this article with the pertinent information.

Finally, you can check the issues/bugs tracker dedicated to COD games to be aware of everything.

05:47 pm (IST): For those, who are affected by the COD: Modern Warfare crashing issue, here’s a workaround suggested by a gamer. You can give it a try and see if it helps.

However, it is reported that the hard reboot helps get rid of this issue, so players should try it and see if it helps. 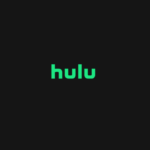