Google Photos is one of the most famous cloud-based photo sharing and storage services. The photo-sharing service is free to use and offers 15GB of storage with users able to upgrade their storage capacity with Google One.

Its tight integration with other Google products such as Drive, Gmail, and others has made it an indispensable part of the company’s ecosystem. 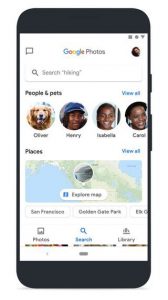 But as is the case with every online service, Google Photos users do face some technical difficulties at times.

Having said that, many Google Photos users on Android are now reporting (1,2,3,4,5) that the app is stuck on ‘Setting up your photo library’. Users say that the progress bar just loops and never completes even if they let it be after several hours.

Generic solutions such as reinstalling the app, clearing cache, and setting up from scratch by clearing data do not seem to work.

My photos app is stuck on “Setting up your photo library.” I tried to change 2 new folders to be backed up yesterday and it’s been doing this for over 24 hours now. I’ve tried clearing cache and storage, disabling the app. pausing the app, and more. I can’t uninstall the app because I have a Pixel and it’s preinstalled. None of the tips posted here have worked for me (i even uninstalled WhatsApp which seemed to be the issue for some). I also have storage space available so that’s not it. It’s definitely not backing up several folders and it won’t load more than a few photos in my photo library on my phone. I need to switch to a new phone and cannot do it if my photos will be lost. PLEASE HELP! I need a way to talk to a real person
(Source)

There’s a forum thread from last month about this issue but no solution. Google Photos was syncing and backing up my photos fine on my Huawei, I now upgraded to a Motorola and I’m getting a constant “setting up your photo library” looping progress bar. It’s stuck on “preparing to back up” too. I’ve done a chat with google help who suggested the usual reboot, uninstall, update, sign out and in etc, but it hasn’t resolved. Does anyone have any idea what it’s getting stuck on or how I fix it? Not being able to sync my photos is a huge problem.
(Source)

Some reports indicate that users are facing the problem for months now, which is frustrating since the Google Photos app also happens to be the default gallery app on many devices.

Fortunately, we were able to find a bunch of workarounds that seem to be resolving the issue for some.

The first one involves moving an image to the WhatsApp images folder.

Solution which worked for me! I moved a photo to the whatsapp images folder which was empty using file explorer. Remember not to keep that folder empty. Keep 1 item [photo/video] in whatsapp images FOLDER atleast. Thank me later! 🙂 After doing this, you will see whats app images in backup & sync settings.
(Source)

Last but not the least, some say that deleting the 0 bytes files from the WhatsApp Images folders fixed the issue for them.

While Google is yet to acknowledge the issue, it is still unclear when the bug will be fixed officially. In the meantime, do let us know if the aforementioned workarounds helped you fix the Google Photos app stuck issue in the comments section below.

04:00 pm (IST): One individual claims that they were able to fix the problem by simply disabling partner sharing.

06:21 pm (IST): Here’s another workaround for Google Photos stuck on ‘Setting up your photo library’ issue shared by one of the affected users.

I found the solution.

– Go to Google photos settings and Select “SD Card Access”. In Android 11, it should be the “DCIM” folder already selected. Press ok and done.

That’s All. Now you should see a small blue progress line in the main window. (Source)

Note: We have more such stories in our dedicated Google Photos Section so be sure to follow them as well.