[Updated] Starlink internet down, not working, or disconnected? You're not alone

Starlink users in Los Angeles, Seattle, San Fransisco, New York, and a few other cities are reporting that the internet is down and not working or keeps getting disconnected.

The issue appears to have been going on for at least half an hour and service outage detectors such as Downdetector and Fing indicate that it is indeed a widespread outage.

We’ve shared some user reports for reference below:

@elonmusk why??? Why did you take statistics away when disconnected? Why remove the reboot starlink too???? Why is it down so much now? (Source)

Your starlink wifi is terrible. Therefore I ask for a 1v1 in fortnite for 50,000 dollars you scrub (Source)

@SpaceX Any info on why #Starlink is down or how long the problem might last? (Source)

At present, users appear to be getting a message saying their Starlink service is ‘Offline’. Some have even shared screenshots from the Starlink app showing the outages and the time they lasted in the past 12 hours.

This suggests that the company should be aware of the problem, however, there’s no public statement acknowledging the outage.

The most users can do currently is to wait for Starlink to address the problem as soon as possible.

We’ll keep tabs on the situation and will post an update if and when there are any further developments regarding the issue.

07:41 pm (IST): It appears that the recent outage with Starlink internet has now been resolved as reports on Downdetector have diminished.

12:50 pm (IST): Fresh reports on Twitter and Downdetector now suggest that Starlink internet is again down or not working for many.

06:43 pm (IST): It seems that the recent outage with Starlink has now been resolved as we haven’t come across any fresh reports on Downdetector.

05:56 pm (IST): According to reports on Downdetector, there was a minor outage with Starlink a few hours ago. However, it has since been resolved.

09:40 am (IST): Fresh reports on Downdetector and Twitter suggest that Starlink’s internet service is currently experiencing an outage.

12:10 pm (IST): It appears that the recent outage has now been resolved as we haven’t come across many fresh reports. 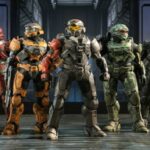