MS Outlook that comes under Microsoft’s Office suite is an email client that primarily lets users send and receive emails. Besides, it also provides services such as managing contacts and tasks, taking notes, and web browsing.

It is available on different platforms including Windows, iOS, macOS, and Android. MS Outlook has been serving millions of users for years, but it’s still a software, so random bugs and issues are no surprise.

As per reports, some Outlook and other non-MS recipients are now complaining that they are unable to open encrypted emails.

Outlook App in Windows doesn’t shows encrypted emails. It gives an error saying to verify identity. When emails first received it opens and shows the option to read the message but when you try to reopen the email later it wont show up. OWA and Outlook Mobile app works fine (Source)

Also, have the exact same issue. Multiple users report unable to open up encrypted emails with the same error message of: Something went wrong and your encrypted message couldn’t be opened. Opened ticket and awaiting response (Source)

When users try to open an encrypted mail, it shows an error message that says ‘Something went wrong and your encrypted message couldn’t be opened. Please try again by following the instructions in the original email message in 5 minutes’.

Although this issue was acknowledged where Microsoft also provided a workaround to fix it, users are still complaining about it. And in case you are unaware you can check the workaround below.

Affected users may use a One Time Password (OTP) as an alternative method to open encrypted email messages. (Source)

However, it seems that this workaround isn’t helping users to get rid of the issue. Still, you can give it a try if you haven’t already.

Fortunately, the latest development regarding this annoying glitch has some good news for those affected. One of the affected users has alleged that Microsoft is working on an additional fix to mitigate the problem.

However, no ETA has been provided as to when exactly that additional fix will be available for users. We hope that this issue gets sorted out since its prevents users to open encrypted emails.

Rest assured, we will keep tabs on the latest development of this story and inform you as and when anything new comes up.

06:42 pm (IST): Microsoft has reportedly determined the fix they have regarding this issue does not fit all the affected environments.

Moreover, they are working to complete the deployment process to remediate impact for the remaining affected users.

And as the remaining users will have a more precise deployment timeline in the next update,they may experience some relief as the fix progresses.

Note: We have more such stories in our dedicated Microsoft section, so make sure to follow them as well. 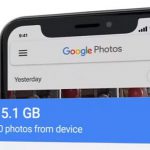