If you want to play games on your PC and still earn some bucks, Axie Infinity is just the game for you. Developed by Sky Mavis, the game is based on the concept of Non-Fungible Token.

Axie Infinity lets users buy tokens by showing off their skills and making contributions to the game ecosystem. It is inspired by the Pokemon universe.

Despite being a game, it often doubles up as a social network and a job platform. Axie Infinity works on the concept of “play to earn,” which is why the game has earned massive popularity in the gaming community. Having said that, the Axie Infinity universe is currently chaotic, with the game facing several issues in the last few days, including making the game unplayable for some users due to frequent disconnections and errors.

According to Axie Infinity players, they are facing another issue that does not let PC players log in to Mavis Hub with the error “Captcha is invalid or expired.”

For others, the captcha is not visible at all on the Mavis Hub. In case you are unaware, Mavis Hub is the name of the game launcher required to log in to the game.

Hello anyone knows how to fix the RECAPTCHA on Mavis Hub for Windows, it doesnt show the captcha so, I can’t login.

Still can’t login in Mavis Hub. Keep on saying captcha is invalid or expired. Trying to play in another gadget but can’t access also.

On further investigation, we found out that the issue has been baffling users for quite some time.

However, numerous user reports have surfaced on the internet in the last few hours, indicating something is indeed wrong with the servers.

Axie Infinity players seem to be really infuriated over the issue since none of them are able to log in to Mavis Hub. However, if you miss your Axie pets and want to take a look at them, you can try logging in via mobile and see if it works.

Axie Infinity hasn’t acknowledged the captcha issue till now despite several users complaining about the same.

Since the game is really fun to play and helps you earn some extra cash, we hope the developers of Axie Infinity fix the captcha issue soon.

We have listed some potential workarounds that might help you with the invalid or expired Captcha issue.

The first workaround suggests you. It might help you avoid the captcha problem.

Having said that, you can turn on Wi-Fi once you are able to log in to the game.

The other workaround involves right-clicking the Mavis Hub shortcut. Once done, go to the compatibility tab and uncheck the OS compatibility and run as administrator box.

If these solutions help you log in to the same, make sure to help out others by leaving a comment down below!

A new version of the update (1.0.0ac) is now out. You may download it to see if that has resolved the CAPTCHA glitch for you.

Axie Infinity users are having login issues with Marketplace, as can be seen in the reports below:

is there any issues with the market place? because i couldn’t login
source

Players are again complaining of broken captcha or issues with captcha’s time element. And because of this, they are getting locked out of their account.

It’s also worth noting that Axie Infinity has recently released a new patch that addresses some bug fixes, but unfortunately, it does not mention any fix for the captcha issue.

Just got banned for 2 hours because of the captcha, I’ve done it correctly twice. Then the 3rd I got it correct again, but still locked (Source)

Got my account locked for 2 hours because of the captcha! I think the captcha has bugs Face with cold sweatLoudly crying face @Jihoz_Axie (Source)

I think the new captcha system is not accurate. I got it right the first time and now my account is in trouble on being locked. (Source) 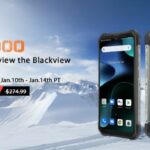 Blackview BV8800 rugged smartphone now on sale for $199.99 on AliExpress 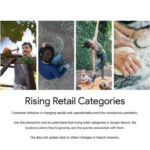