Spotify, the popular music streaming service, is available on many platforms. It can even be used on smartwatches, like the Samsung Galaxy Watch.

However, it appears that some Spotify users are having problems trying to use the service on a Samsung Galaxy Watch. The app reportedly gets stuck in an into an endless loading animation.

In addition to the above, there seems to be a general glitch that does not allow updating the Spotify app on the Samsung Galaxy Watch to its most recent version (1, 2, 3).

Spotify app for Samsung Galaxy Watch not working, getting stuck in loading animation

According to multiple reports, some Samsung Galaxy Watch users are facing an annoying issue that does not allow them to use Spotify on their smartwatches.

Reports agree that, at some point (either after logging in or choosing a song to play), the app gets stuck in a perpetual loading screen.

I am wanting to play Spotify or another music app if need be through my watch. I am wanting to play connected to phone. No downloads. When I go into the app and play a song it asks if I want the phone or the watch. I select the watch and shows a Bluetooth screen. It then cycles like it’s doing some kind of connection thing and just stops…. If I select phone then the watch is just a controller for the phone.
Source

In addition to the above, in some cases, the Spotify app remote feature is broken or not working as intended, since it can’t detect the user’s phone.

I just got an original Samsung Galaxy Watch (46mm, no LTE) and tried to use the Spotify app from the galaxy store. It didn’t work at all. It would allow me to log in or pair with my phone (with a prompt appearing on my phone for permissions), but once I completed the log-in/paring process it would dump me into an endless loading animation which only a full reinstall would fix. Meanwhile, the remote feature seemingly could not detect my phone at all.
Source

Many users are unable to update the app, but there is a workaround

Apparently, part of the problem is that there is a glitch that does not allow updating the Spotify app to its most recent version on the Samsung Galaxy Watch.

From reports, when you try to update, the device seems to do it correctly. However, at the end of the process, the app is still in its previous version.

my watch was only version 1.2.15, while the app in the galaxy store claims to be version 2.5.21. So the galaxy store is installing an old version of the app. When I go to the store page, there is an update button which starts downloading an update and seemingly finishes it, with the “transferring file to watch” and “installation complete” notifications both appearing. However, afterwards Spotify is still version 1.2.15.
Source

However, there is a workaround that helps resolve the situation. Affected users are advised to install the latest version of Spotify on their Samsung Galaxy Watch via sideload.

If you want to try the above, the full process (step by step) is in this Reddit thread. Just make sure to use the latest version of the Spotify app.

Spotify team is aware, working on a fix

The Spotify team confirmed that they are already aware of the issues described above. At the moment, they are investigating them, without an estimated time of arrival for a fix.

Finally, if new developments arise related to this matter, the new relevant information will be added to this article to keep you informed.

04:39 pm (IST): One of the affected users noticed that the latest app version 2.5.40 is working fine. But the issue is that the Galaxy Store installs the older version, so apparently, the problem is in the Galaxy Store on Galaxy Watch.

@Alex just FYI, the latest app version 2.5.40 is working fine, the issue is that the Galaxy Store installs the old 1.2.15, so the problem is not on the app itself but something related to the publishing process to the Galaxy Store, or even an issue with Samsung (Source) 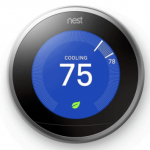