For the last few weeks, users of Google Nest Cam devices have been facing some operational and configuration problems.

And now, incoming are complaints related to the Google Nest Cam (Battery). Apparently, an error does not allow to complete the configuration of these devices if you use iOS.

‘Something went wrong’ error during installation is frustrating some users

According to multiple reports, there is an error that appears in the middle of the Google Nest Cam (Battery) setup process and prevents it from completing.

More specifically, when it seems that the setup of the Google Nest Cam is going to complete, the user receives a ‘Something went wrong’ error message. Some recommendations are also offered to solve the issue.

Can someone please explain to me what I’m doing wrong? I recently purchased the Nest Cam (Battery) for outdoors. I get through all of the screens and then it says “finishing up”. After 5 minutes, I get an error message “Something went wrong” on the Nest Cam. “Try connecting again. If that doesn’t work, try rebooting your device or turning your phone’s airplane mode on and off before trying again”.

I’ve tried all of this. I also tried setting up a new “home”. Nothing is working for me to get my camera installed onto my network.
Source

However, nothing of the recommended reportedly works for the process to continue. Meanwhile, other users get a ‘Setup is taking longer than expected, try again later’ error message in the middle of the process.

I purchased 4 google nest cam battery. All of them connect to the wifi without problem. However, when I get to the end, it states “Setup is taking longer than expected, try again later”. I’ve been at this for HOURS now. What’s going on? I’m about to just head back to Best Buy and return these camera.
Source

Error occurs only on iOS and here are some workarounds

Most reports agree that affected users are using an iOS device. So it looks like it is related to the Google Home app for Apple’s operating system.

Having said the above, there are some workarounds that could help affected users. The first (and most obvious) is to do the Google Nest Cam setup from an Android device.

But, in case you don’t have access to one, you can try the following.

Similarly, there are a couple of other potential workarounds below. One of them is based on creating a new Home in the Google Home app, to which all the user’s smart devices will be attached (replacing the original Home).

Meanwhile, the other workaround is to manually type in the 6-digit code (printed on camera) instead of using the QR code for setup.

A Google community specialist confirmed that the issue was escalated to higher levels and that it is being investigated. However, there is still no ETA for a definitive fix.

Apparently this is a much bigger issue than I had anticipated. I am sorry to hear that many are experiencing the same issue. While we are still looking into this issue, if you have an iOS device, ir may or may not work. Please try to use a different device t try to set it up and see if it works for you. I understand this is an inconvenience, and I fully would feel the same way if I were in your shoes. However, this is still being looked into.
Source

Meanwhile, the behavior of the issue seems to be erratic and does not affect everyone equally. For example, some iOS users report that it suddenly was resolved for them.

But, for others, the ‘Something went wrong’ error keeps popping up while trying to set up their Google Nest Cam through iOS.

To conclude, if there is any change related to the subject in the next few days, we will update this article. So stay tuned. 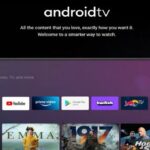 [Update: Jan. 07] Android TV (with Chromecast built-in) compatibility issue with speaker group frustrating some, but no fix in sight