Docs and Keep are among the most used Google services. While the first is a word processor, the second allows you to take notes, lists, and reminders.

But, in the last days, some users of both services are facing some annoying issues that affect the user experience.

The first reported issue seems to be occurring only on iOS devices. In this case, the Google Docs app on iOS suffers from a text disappearing bug where large sections of a document become invisible.

Disappearing Text from Docs. iPhone App.
On my google doc iphone app I have two documents where entire segments of text turn invisible depending on how far up the page I scroll. When the paragraph is at the bottom of the screen the text is there. But when I scroll down to center the text it becomes no longer visible. I can still highlight the words but I can not see them, it looks like I am highlighting empty space. Anyone ever seen this before? I cant seem to find anything about it online.
Source

The occurrence of the problem reportedly depends on the scroll. At the beginning of a document, everything is displayed correctly, but when you go down a bit more, the text begins to disappear.

The glitch is visual, since invisible text can still be selected. But, not being able to read it is a big issue.

The other reported bug does not seem to be limited to any particular OS. According to reports, the spaces between lines in Google Keep became at least twice as large for some users.

I’ve been using Google Keep for years. I have a ton of lists in there. But when I woke up today to check one, the line spacing between things had doubled. This is only in Checkbox mode. I can’t find any setting that would do this. And it looks completely different from my husband’s app, so it doesn’t seem like an update. Is there an Android setting I’m missing?

I know this seems like a small issue, but double spacing means I can only see half as many items. That’s a lot of scrolling to do in a busy grocery store. And it makes some lists useless because I can’t see all my options in one page. Any help is appreciated.
Source

Apparently, the glitch appears mainly with checkboxes. This results in that now only half of the content can be seen on screen than before. Therefore, it requires more scrolling.

Google product experts confirmed that both glitches were escalated to higher levels. But, affected users are still awaiting news on the matter.

I’ve escalated this issue and will let you know whether this is a bug or design change whenever I hear something back. It might be a while, but you’ll hear from me once I have some news.
Source

We will update this article if there is any new development in this matter in the coming days. So, stay tuned with us.

11:55 am (IST): Some users have managed to find a temporary workaround that can help you get rid of disappearing text issue on the iOS app and here’s what you need to do.

Ran into this same issue, our quick work around was view the document in Print Layout and the text would stay. Not a great solution but has seemed to work for our users so far. (Source)

11:15 am (IST): Now, a Diamond Product Expert on the community forum has been noted saying that a fix for this bug is rolling out and all users will have gotten this fixed in the next few days.

01: 54 pm (IST): Even though an update was been released as a fix for the Google Docs text disappearing issue, some users are still reporting this bug saying that it still persists.

03:27 pm (IST): A product expert has confirmed that the fix for text disappearing in Google Docs has been released to everyone and it should be resolved for everyone. 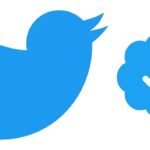