FIFA 22 is the latest installment in the soccer saga. However, in the last few weeks, its players have been experiencing certain glitches that still need to be fixed.

One of the problems that FIFA 22 players complain about the most is the corner glitch. This significantly affects the gameplay as it is exploited by many to obtain advantages during the matches.

In addition to the above, there are other issues such as deformed players with skinny arms and Prime Fernando Torres shown as ‘Carlos Alberto’ on his shirt.

The ‘corner glitch’ is not a new issue as FIFA 22 players have been grappling with it for weeks now. It basically consists in that, during a corner, the player makes a short pass to another teanmate.

Then, almost immediately, the player must do a cross with the L1 button. The opposing players will automatically go to the side of the ball, leaving one player completely free to score a goal in the far post.

Need some help here.. how do I defend the corner when they pass straight to a player then cross it in the box for a back post headed goal?

When they call the player short and pass it, I can defend this as you can follow the player and mark etc. However, when it’s passed straight to a player who is 20-30yards away, they take a touch or two then whip it into the back post, this is what I’m struggling with. No matter who I switch to, I can’t get to the player in time to prevent the cross.
Source

There are other issues that FIFA 22 players have suffered from for a while. One of those is related to deformed players whose arms are extremely skinny, looking ridiculous (1, 2, 3).

This bug occurs in players created automatically by the game, such as the Youth Academy prospects. Also, it usually comes accompanied by other issue: names and lost numbers on shirts.

Like I’m impressed with your inability to fix youth academy players being generated with spongebob arms and no number/ name / sponsor on shirt, when a solution is already out there, and this has been the no1 bug report since the previous fifa..
Source

Finally, some also suffer from a particular issue with the player Fernando Torres Prime. Apparently, the name ‘Carlos Alberto’ appears on the shirt and over the player during the matches (1, 2, 3, 4, 5).

At the moment, there is no official acknowledgment from EA on the last two issues described. So, the affected players can only wait for the reports to reach the company.

To keep you informed, we will update this article if there is any change regarding the situation. So, stay tuned with us.

06:33 pm (IST): It appears that the issue where Youth players appear with no name or number on their kit is under investigation since November. And EA has not provided any further details over it since then. 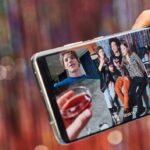