In the last few years, Twitter has gained massive popularity and as of 2021, has more than 396 million users and generated $3.96 billion in revenue in the year 2020.

But as is the case with every online service, people often experience some bugs and issues. That being said, Twitter users are now reporting (1,2,3) they are randomly logged out of their accounts.

The issue is causing a lot of inconvenience to those who have multiple Twitter accounts. Many said they tried clearing the cache and reinstalling the app but it makes no difference.

My @Twitter app has logged me out of both my accounts several times since I got my new phone. Anyone know why it does that and how I can stop it? Ta. @TwitterSupport
(Source)

Thankfully, Twitter Support has acknowledged the issue and said they are working on a fix. However, there is no ETA for the fix.

Sorry for the frustration. Our team is aware of this, and they’re currently working on a fix.
(Source)

As if this wasn’t annoying enough, some Twitter users say that their drafts are disappearing (1,2,3,4,5) all of a sudden.

Some say they had saved their favorite tweets in drafts while others say they lost years of drafts, which is frustrating at best.

Once again, Twitter Support acknowledged the issue with drafts disappearing and suggested that users resort to a third-party app to save their notes. However, they did not have any timeframe on when the issue will be fixed.

We’re sorry for the trouble. Our team is aware of this, and they’re currently working on a fix. For now, we suggest saving your drafts to an external note app.
(Source)

Nonetheless, we will be keeping an eye out on the aforementioned issues and update this space once they fix it, so make sure you keep checking this space for updates. 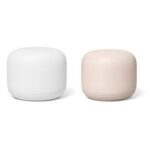 Some Google Nest users not receiving password reset emails, issue escalated to devs but no fix in sight