Mac photo library not auto-uploading to Google Photos after moving to Google Drive? Issue under investigation

In the last few weeks, Mac users have been facing issues trying to automatically sync their photo folders with the Google Photos service.

More specifically, according to multiple reports, problems begin when Mac users switch from Backup and Sync to the Google Drive service. At that time, syncing with Google Photos stops working fine.

Backup and Sync is the predecessor client of the current Google Drive for Desktop. To enhance migration, Backup and Sync stopped working on October 1, 2021.

So, users have been forced to switch to Google Drive. But, apparently, this process is not being very friendly for Mac devices users.

Reports from users of Mac devices indicate that, with Backup and Sync, they could seamlessly sync their photo libraries with Google Photos. But, now, this is being very troublesome.

After the switch from Backup and Sync to Google Drive for Desktop, the Mac photo library reportedly is no longer auto-uploading to Google Photos.

I recently switched from using Google Backup and Sync to Google Drive on my Mac. My Photos library always automatically backed up to my Google Photos account before. After switching to Google Drive, my Photo Library doesn’t backup. I only have one System Photo Library and it seems like the settings are correct.
Source

Hi all
I just migrated from Backup and Sync to Google Drive. I’m using MacOS 11.6 on a Macbook Air M1. Basically I just want to backup my entire Apple Photos library to Google Photos.

With Backup and Sync I could do this without any issues. Now with Google Drive, I have selected my /Pictures folder and “system photo library” to backup. Google Drive says “Everything is up to date” however when I import new photos into the Apple Photos library, nothing syncs!
Source

A Google product expert confirmed in December that the issue was escalated to higher levels. However, there are no updates to share yet.

I only can say that this bug is under investigation now at the Google Drive Team finally, so don’t expext anything before Christmas anymore, because it will be a very abnormal problem.
Sorry, no Google here.

The source of the problem is reportedly in the pictures file format. It seems that Google Drive for Desktop does not currently support synchronization of .heic files (the native photo format on iPhones).

To this, a Google Product Expert points out that the request to add support to the .heic format for synchronization in Drive has also escalated. But, it is also noted that the fix may take time to arrive.

Finally, once new developments related to this issue emerge, we will update this article to keep you informed. You can also check the bugs/issues tracker dedicated to macOS. 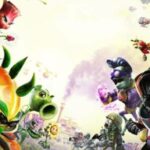