Fortnite: Battle Royale is available on many platforms and consoles. One of these is the portable-hybrid Nintendo Switch, where players have been facing issues related to the storm.

More specifically, the storm in Fortnite for Nintendo Switch is very transparent compared to other consoles. This means that some cannot see it and avoid it, so they end up dying (1, 2, 3).

The storm is a mechanic that, when it appears, damages players who are outside the safety zone established by the game. The safe zone appears on the map for players to go there.

Having said the above, the graphic effect of the storm should allow to know the area it is affecting, so that nearby players can avoid being damaged by it. However, on Nintendo Switch that becomes very difficult.

According to multiple reports, on Nintendo Switch, Fortnite storm is too transparent. So, a lot of players can’t even notice the phenomenon with it close.

How to make the storm more LESS transparent?

I play on switch, and when its down to the wire and im trying to win the game i literally cannot see the storm, both because its a secondary priority to surviving the guy attacking me and because of how transparent it is.

Please help i’ve lost two games because i didn’t see the storm and built my way into it.
Source

How come I can’t see the edge of the storm?

This graphical problem causes players to get too close to the storm, and end up being damaged by it. Many even report that they lost games because of the issue.

Fortunately, Epic Games is already aware of the excessive transparency of the storm on the Nintendo console. The company is working on a fix, but there is no ETA for it yet.

Players can not always see the Storm forming and coming near them due to the Storm visuals being more transparent on Nintendo Switch devices.

While we work on a fix, players can still rely on the minimap to check on the location of the Storm circle.
Source

However, in the meantime, there is a workaround that reportedly helps mitigate the situation. Basically, it is recommended to modify the graphical settings as follows:

Finally, when new events related to the situation arise, this article will be updated. You can also check the bugs/issues tracker dedicated to Fortnite. 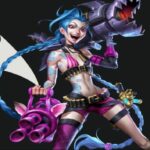