Google launched the 2nd-gen Nest Hub earlier this month, boasting support for automatic sleep tracking through the use of special sensors hidden in the display bezel.

With these sensors, the latest edition of the Nest Hub also tags along support for gesture controls, but even so, the guys at The Verge still think it’s “laggy, sluggish to respond, and has stuttering animations all over the place.”

This doesn’t sound like good news for owners of the original Nest Hub from 2018 looking to upgrade to the newer model. It gets even worse for those seeking to keep holding onto their 1st-gen Nest Hub units.

Having been around for over two years now, it looks like age is beginning to catch up with the smart display. According to reports in the forums, the Nest Hub won’t turn on for some users.

Apparently, the Nest Hub display stays on the G logo (booting screen) forever and for some users, the screen eventually turns black, leaving them with an essentially dead device.

My nest hub is lighting up a black screen, the brightness has never been touched. I’ve unplugged it and plugged it back in multiple times and it’s not working. I even tried to factory reset it and it won’t factory reset. I know it’s not the lights because when I plug it in it does the google booting up thing but after a few minutes it goes back to that black screen.
Source

The Google home hub I’ve had for over a year does not work anymore. Woke up this morning and it’s stuck on a black screen. It does not respond to voice commands, and the app says it is not connected. I’ve unplugged it multiple times and it shows the G then goes to a black screen. I’ve tried to do a factory reset but nothing happens. Nothing works. I’ve read other posts on this issue and have not seen any resolution. I think any warranty it would have had is likely up, but is it possible to replace it?
Source

And looking at even more reports, the black screen issue isn’t just limited to the Nest Hub, but also the Nest Hub Max is affected too.

Got a brand new Nest Hub Max for my father-in-law (who lives in a nursing home). Got everything setup and working with no issues, and he used it successfully for about a week. The screen has randomly gone black, and nothing I can do will get it to show anything other than a black screen. Still able to talk to the assistant, and can even hear the sounds of clicking on things on the screen, but nothing shows up. I have performed a factory reset, and can hear the sounds and assistant talking, telling me to set it up, but the screen is still black. Is this fixable? Or do I have a defective unit. Unit was only ~1 week old when the issue occured.
Source

As noted by affected Nest Hub owners, not even doing a full factory reset fixes this issue. While all of the reports above are from 2021, a deeper look into the forums reveals otherwise.

Apparently, the Nest Hub black screen issue isn’t exactly new. There’s a 2019 thread in the Google support forums on this issue and in fact, it’s recently started trending, suggesting that the issue is still at large.

Several months after it was first reported, a community specialist noted that Google was aware of the issue, promising to get back once the team has more info on the matter.

This was in June 2020, but to date, there’s still no positive development regarding the Nest Hub black screen issue.

A quick update – the team is aware of the issue wherein Google Nest Hub and Hub Max is stuck on the G logo and then goes to the black screen. The team is on it now and I’ll get back on this thread once I know more information to share.

Now that there’s a new model of the Nest Hub coupled with the fact that the 2018 model is no longer under warranty for many owners, maybe Google isn’t looking to address this issue hoping that they’ll switch over.

Of course, we still expect to hear from Google on this matter so stick around for an update as and when we get new info.

It has been a few months since we highlighted the problem, however, there are still no signs of a fix for the problem. Reports from disgruntled users keep coming in on the community forums.

Also my G-hub is stucked on G grey screen. I tried everything and nothing worked. The device constantly returns to a gray screen with a white G. (Source)

I have the same issue. I tried the suggestions above and was able to get it to recovery mode, but it returned to g screen right after. I have only had it for 7 months. Is there a fix or is this just expensive garbage at this point? (Source)

Luckily, it seems that there is still some hope as a Google Nest Community Specialist claims that support will be reaching out to users who’ve complained about the problem.

I have checked every post on this thread and made a case for everyone so that the support team can reach out to you and help resolve the issue. Please be patient and keep an eye out on your inbox, it may take a few days to hear from the support team. If there are no other questions or concerns, I will lock this thread in 24 hours. (Source)

One of the users affected by the problems has shared that Google replaced their damaged device.

I am pleased to confirm that after contacting Google direct and not through this community I received a replacement. Appreciate the help of the community specialist however could see no response to the case openings that have been logged. I would advise everyone to use the live chat function or the call back option. The only problem I had was a call back in the early hours of the morning!!!

After returning the faulty unit it was just over a week to receive a brand new replacement.
Good luck everyone else.
Source

This means that the issue is covered under the Product warranty.

Many months later and still, users of the Google Nest Hub (1,2,3,4) seem to be facing the bug.

Luckily, Google has now come out to officially acknowledge this issue, noting that they’re collecting more info and looking into it. 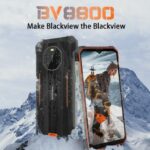