Fortnite, the hit game Battle Royale, is constantly receiving new content so that its broad mass of players remains active over time.

The game is free to play, so it does not force players to pay anything to enjoy it. However, since the end of 2020, its developers (Epic Games) offer a monthly subscription called Fortnite Crew.

Fortnite Crew offers a set of additional rewards to players through Crew Packs. For December 2021, one of the exclusive items that the subscription brings is the Golden Look Board Glider.

But, it seems that Fortnite players are not receiving this item, even if they have the monthly Crew subscription active (1, 2, 3, 4).

Fortnite Crew players not receiving the Golden Look Board Glider

According to multiple reports, Fortnite players are facing a bug where they do not receive the exclusive Golden Look Board Glider item. A Glider is the item deployed while players jump off from the Battle Bus.

The requirement to obtain the Golden Look Board Glider is to be a subscriber to the Fortnite Crew during December 2021. But, even meeting that requirement, players are not receiving the item.

I just purchased the crew and I wasn’t granted the golden look board glider.

It says: “Log in from December 16 at 9 AM ET to January 6 at 6 AM ET to get the crew-exclusive Golden Look board glider!”. Please investigate this issue. If anyone has a similar problem pls report it.
Source

I own the fortnite crew but I didn’t get the exclusive glider.

Title. I renewed my membership earlier & no glider. When it says crew members who log in before the 6th will get it. I mean I got 2,000 vbucks because I already owned the BP for subscribing, so that’s awesome. Just a bit disappointed I didn’t get what was promised. Will it just take a bit to show up?
Source

Epic Games is already aware of the bug described above. Currently, the company is working on a fix, but there is no estimated date for its arrival.

We’ll be granting the glider to all eligible subscribers in the near future, and provide an update when this is done.
Source

So, for now, Fortnite players should just wait for the company to resolve the issue. Finally, when new related developments emerge, please update this article with relevant information to keep you informed.

You can also check the bugs/issues tracker dedicated to Fortnite. 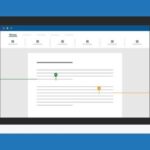