It looks like Android 12 loves to stay in the spotlight for all the wrong reasons. Ever since it was released alongside the Pixel 6 and Pixel 6 Pro, the number of bugs and issues has left users angry and frustrated.

And things don’t seem to be getting better after the Android 12 December update. Apart from the connectivity issues plaguing users, many are now reporting (1,2,3,4,5) that they are unable to update their apps.

People say that the issue is preventing them from using apps that require the latest version to work such as some games. It looks like this issue also surfaced after the infamous December update.

User reports suggest that tapping on the ‘Update all’ button changes the status of apps to be updated to ‘Pending’, but it looks like they are stuck that way for hours. Some say they tried updating the apps one by one but it isn’t working either.

Moreover, it looks like for some the apps on Play Store are not loading at all. They say they tried updating on both Wi-Fi and Cellular but the issue seems to persist on both networks.

Just wondering if anyone else is having playstore issues? So far when I search for an app and select it from the list the play store brings up a “Try again” screen with a little satellite image. Pressing try again instantly brings up the app but this happens any time I search for an app. The 2nd thing is when I go to buy an app/in app purchase. When I do that I get the pop up “Agree and review” but when I hit agree and make another purchase later on down the line it comes up again. I’ve tried clearing the chache and storage of the play store hell even factory reset but so far neither of those have helped.
(Source)

Hello. I am having a problem with my new pixel 6. Once I have completed the set up, I cannot load the system update it is asking for. The Download locks in paused. Whenever I press resume, it instantly pauses again. Also I am unable to load any apps from the play store. All of them are locked on ‘pending’. I have left the phone for hours in this state but nothing changes. The internet is connected. The Chrome browser works fine, YouTube videos loads perfectly. I have factory reset sever times. I have also reset from the recovery mode screen. I have also tried clearing the cache on the play store app.
(Source)

Unfortunately, generic resolutions such as clearing Play Store cache and data and even performing a factory reset make no difference.

Thankfully, Google seems to be aware of the issue and said that they have shared it with their product and engineering team. However, there is no ETA on when it will be fixed.

Thank you for reporting this issue. We’ve shared this with our product and engineering team and will continue to provide updates as more information becomes available.
(Source)

As it turns out, another issue is haunting several Pixel 3 and Pixel 3 XL with a bunch of users saying that they are unable to use Google apps. It looks like the issue surfaced after updating to Android 12.

I recently went back to using my Pixel 3 after a 2 and a half year hiatus. My software would have been the most up to date for June/August 2019 prior to downloading Android 12. I downloaded the update last night, and since then have encountered a variety of issues with my Google account, often inconsistently. For all of last night, most of my apps, Google and non-Google, would be stuck loading, with some like Chrome crashing a few moments after tapping on the app. This morning, all of the non-Google-based apps that I’ve tried work now, and I was able to access the Play Store and update all apps, which I was completely unable to do last night.

They also said that the phone is unable to connect to any Google account.

A problem that persists is that if I attempt to manage my Google account from any app or settings screen, I am met with an endless loading screen. Sometimes, though not always, Google-based apps will say that I need to be online to sign in. I have tried this using my phone network and WiFi, both with no results. In the case of YouTube, on the off chance I can bring up the account selection menu, I am met with an endless loading screen like the app can’t find my account.(Source)

Another user said they had the same issue but nothing except Reddit was working on their device.

After updating to android 12 my device has completely stopped working. I am unable to load every app except Reddit. All apps either hang before crashing or work for 30 seconds before crashing. The google play store will not load properly requesting I authenticate before never loading and won’t take any app updates. I am also no longer able to access google accounts or update, they also load forever.
(Source)

But with the tech giant yet to say anything on the matter, it is unclear if and when users will be able to use Google apps or manage their Google account again.

Nonetheless, we will be keeping an eye out for further updates, and let us know once these bugs are fixed, so stay tuned. 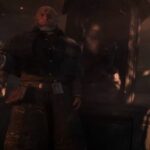