Microsoft Office is one of the most popular productivity suites available in the market. Initially released in 1990, it contains various applications such as Word, Excel, Powerpoint, and many more bundled in a single package.

It is available on Windows as well as macOS. Over the years, Microsoft has added several new features and tightly integrated the products with one another.

Having said that, some Office users on macOS are reporting (1,2,3) that they are unable to use Excel Worksheet Objects in MS Word. According to user reports, it looks like the ‘Paste Excel Table’ option is not working as intended.

Users say that all they see is a blank image and the border of the file with none of the text visible from the Excel file.

Some thought that it was an issue with their system so they asked others on the Microsoft Forums and found that it was indeed a widespread problem.

The issue seems to be affecting both new and existing files. Users say they tried repairing their copy of Microsoft Office to see if it fixes the bug but unfortunately, it had no effect at all.

Excel Worksheet Objects using Paste Special are not showing up or printing in Word documents (V 16.56 – 21121100). I have been doing this for a long time and just today noticed this problem. They are showing up in Powerpoint for Mac. This does work with the Windows version of Word of Office 365. I suspect this is a bug with this version, but wanted to know if anyone else is having this problem and whether there are any fixes.
(Source)

I am running Microsoft Office on my Mac (Big Sur v11.6) I have a management report I do every quarter in Word (v16.56), for the past 10 years, with one excel (v16.55) spreadsheet I embed by choosing Insert => Object => Choose from file. All the sudden, I can no longer view the embedded spreadsheet of ANY of the reports over the last 10 years. I can’t create a new one. Brand new blank document, brand new blank spreadsheet… I put one word in the excel cell, save and try to insert… the word does not display in the embedded object in Word. I double click on the object in the Word doc, and it brings up the spreadsheet object and displays the word. I go to another Mac and it works fine. Why are the embedded excel spreadsheets all of the sudden not displaying in any of my Word docs?
(Source)

Moreover, it looks like the issue also persists in Safe Mode, indicating that it is a bug with Word itself.

Thankfully, a Microsoft Agent shed some light on the matter and said that it is a known issue and that the developers are trying to fix it. As it turns out, the issue is affecting those running Word for Mac V16.56 (21121100).

Hi JNK 1,
Thanks for reporting this issue. This is a known issue and has been reported by many customers in this community.

Issue Description:
Excel workbook inserted as object does not appear in Word documents, it happens with both existing and news docs.

Test Result:
When an Excel workbook is inserted as an object, it does not appear in the document, instead, it shows a blank box when selected.

We are now working actively on this issue. We have set a primary thread, please subscribe to the thread, once there is any update, we will post it in the primary thread. To make it easier for others to identify the issue, we will close the thread from further posting.
(Source)

They also shared some potential workarounds one of which involves downgrading to a previous version since the feature was working for some in Word for macOS V16.55

But some other that the issue still persists after using the Paste Special workaround.

In the meantime, do let us know if the above-suggested workarounds help you fix the MS Excel worksheet objects issue in Word in the comments section below. 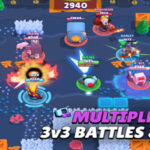