Google Pixel 6 Pro camera glass or lens cracking, breaking, or damaged from inside for some

The Google Pixel 6 is without a doubt a strong contender for the phone of the year. But the numerous software and hardware issues affecting the user experience is making wonder if they should buy the device.

Recently, several Google Pixel 6 and Pixel 6 Pro users reported that their phone’s screen cracked even though they did not drop it.

Some say that it might be because of the Google or Spigen case applying too much pressure on the screen.

Now, Pixel 6 Pro users are reporting that their camera lens or glass is getting damaged or cracked from the inside.

We want to remind you that the Pixel 6 screen and camera lens are protected by Corning’s toughest glass called Gorilla Glass Victus.

Some say that the crack is not showing up in images and cannot be felt from the back of the phone while others say it is making it impossible to click any photos or record any videos.

You can see in the image below how the broken camera lens looks for some.

Here is what a Pixel 6 Pro had to say who had their camera glass cracked:

I just got my pixel 6 pro. Phone is brand new, never been dropped and looks great. However, when I try to take a picture the lens for the default camera is clearly cracked. When using the panoramic sensor or the 4x zoom everything looks fine. The exterior back of the phone also looks perfect, but you can definitely see something is cracked when trying to take a picture. I am trying to contact Google to file a warranty claim, but they are apparently too busy so I can’t get a call from them or chat and instead have to post this in the community.
(Source)

For some, the glass is perfectly fine from the outside but seems to be damaged from the inside.

But today I discovered that the camera glas is chiped or dented or maybe even cracked at the position of the telephoto lens. Strange thing is that the glass is damaged on the inside, because I can’t feel the damage when touching the glass at the mentioned position of the dent. While it doesn’t effect the field of view of the lens yet and therefore has no impact on the image quality I immediately called Google and asked for a repair because I am deeply afraid of this thing growing and making the lense somewhat unusable. I always use the phone with a case and never dropped it so far, so I have no idea how the defect even formed. Do you guy now any similar cases like mine ?
(Source)

Device owners who were able to contact Google said that the tech giant asked them to replace the entire back glass since it is allegedly attached to the camera lens.

But replacing the entire back glass panel reportedly costs $200, which is almost one-fifth of the price of the device.

Moreover, since Google is yet to officially comment on the Pixel 6 Pro broken camera lens issue, it remains a mystery if this is a design or user fault. Nonetheless, we will be updating this space when new information is available so stay tuned. 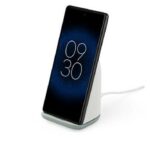