Adaptive Charging is a feature that came to Google Pixel phones in 2020. The system is designed to preserve the battery health of the device by tweaking the charging speed under certain conditions.

However, since several weeks ago, Pixel phone users report certain malfunctions related to the adaptive charging system while using a wireless charger.

What is adaptive charging?

Apparently, Google modified the behavior of the Adaptive Charging system with the update to Android 12 that arrived on Pixel smartphones in October.

Originally, the feature came into action when the user charges their device after 9 p.m. and has an alarm set between 5 and 10 a.m.

By meeting the aforementioned conditions, the Pixel phone allowed fast charging up to 80% capacity. Then, from there, reduce the power to preserve the battery health.

Now, in Android 12, the activation condition is maintained. But, the administration of power seems to have changed. With the original behavior, the battery would fill many hours before the user woke up.

But, with the new behavior, the Pixel charges to 100% between 30 and 90 minutes before the alarm goes off. So, an adjustment in the administration of power during the night is notable.

Google Pixel adaptive wireless charging not working properly for some

Having said the above, Google Pixel adaptive charging is not working properly when using a wireless charger. Multiple reports agree on a problem related to the alarms.

It seems that the wireless charging never kicks in for some users. This reportedly happens even if they meet the conditions described in the previous section.

I’m following all the rules for adaptive charging (charging after 9pm, alarm set, etc) but regardless of how long my phone is on the stand, it charges regularly and not adaptive.

However, while on the stand if I turn my alarm off and then immediately turn it back on it switches to adaptive charging immediately.
Source

Some users point out that the bug occurs when recurring alarms are configured. So, the adaptive wireless charging is reactivated when the user makes the alarms no longer recurring.

I know that adaptive charging is supposed to be enabled when the user sets an alarm and charges the phone at night. However, I have noticed a bug that also existed on the Pixel 5 and Android 11.

If you have a recurring alarm set (like on repeat for weekdays, for example) the adaptive charging does not enable. It ONLY enables if you go into the Alarm and make a change or just re-enable it daily. Recurring/repeating alarms do not trigger the adaptive charging except for the first time the phone is charged after setting the alarm.
Source

Not the first issue related to Adaptive Charging system

This is not the first reported problem related to the Adaptive Charging system. In fact, some users consider its operation as a ‘Hit-or-Miss’, and not something consistent.

I’ve been having some issues lately regarding the adaptive charging feature.

Typically, I put my phone on my pixel stand and it always shows “charging wirelessly” 99% of the time. I have an alarm set for 7:30 am and am putting the phone on charge at 11 pm.

The one time it worked, I saw the “Adaptive Charging” message and it works great, wish it was more consistent.
Source

At the moment, there is no official acknowledgment from Google on the matter. But, the bug is on Google’s Issues Tracker with an ‘accepted’ status, so they could be working on it.

If there is any new related development in the coming days, we will update this article. So stay tuned. You can also check the bugs/issues tracker for Android 12 on Google Pixel phones. 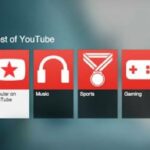