Google Pixel devices are quite popular worldwide because of the stock Android experience they offer. Moreover, the optimizations and updates provided by Google are appreciated by many.

For quite some time, Google has depended on Qualcomm to meet its processing requirements. However, they are trying to shake up things quite a bit with their recent in-house developed Tensor SoC.

Despite the popularity of the Pixel devices, the lineup is well-known for a bunch of hardware and software issues. Some of these include the Pixel 3 devices getting stuck in EDL mode for no reason at all and Pixel 4 XL owners complaining aboutbattery issues.

And as if that wasn’t enough, users are now reporting that the Pixel devices are not supported fully in many European and Asian countries. According to reports from Pixel users, many are having trouble using VoLTE and Vo-WiFi in some countries.

Users say that when they tried contacting Google on the community forums, the moderators blamed the carriers for not implementing the technology correctly most of the time.

While carriers do mess up implementation sometimes, this time it looks like Google is to blame. Even though rooting the Pixel devices does unlock VoLTE and Vo-WiFi on all carriers and regions, many are not willing to void their warranty to use a basic functionality like VoLTE.

Since I’m using the Pixel phone out of support carrier region, and after some googling I discover that it was Pixel phone carrier profile issue. Now a days volte and 5g become more important. Is it possible to ask Google to add those carrier profile instead of rooting the device and taking unnecessary risk? Previously I’m using Nexus 5, Nexus 5X, Nexus 6p, Pixel 3 and Pixel 5, all those devices have no VoLTE and 5G(pixel 5), which is nonsense and not reasonable….
(Source)

I am not sure why Google is ignoring the plenty of requests on the internet to enable volte on all carriers globally. Although knowing that this topic will be locked soon I just want to know the reason why a common and basic right for every user is being ignore so openly. I paid a fortune for my phone excited that I have the best stock android directly from Google but I regret my decision everyday when I cannot use internet over the phone to download images or to browse internet for something important to search. It’s frustrating.
(Source)

Even we are wondering why Google has locked VoLTE and Vo-WiFi to certain carriers and regions since the majority of Pixel devices are sold unlocked and should theoretically work on all network providers.

Here is what the Google Community experts say whenever people ask why they are unable to use VoLTE on their devices:

Hello Tonis, Welcome to the Google Pixel Community. Google Pixel 3 series have Volte compability. But it needs to be supported from your Network carrier. You can go to wifi and then Mobile network then you will find Volte settings you aren’t able to find it then please contact your carrier regarding this. Thanks.
(Source)

We hope Google supports VoLTE and Vo-WiFi on all Pixel devices no matter which carrier or region users travel to or live in.

06:00 pm (IST): Unfortunately, nothing seems to have changed even with the arrival of the Pixel 6 and Pixel 6 Pro as neither of the two phones support 5G in Europe as highlighted by multiple reports on this thread. 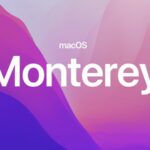 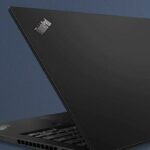