Safari bookmarks & frequently visited sites missing or not syncing for some users even after iOS 15.2 update

Safari is Apple’s own web browser included in all its devices with iOS/iPadOS and macOS. Their reliability and integration with the Apple ecosystem makes many choose them.

More specifically, according to multiple reports, bookmarks and frequently visited sites are suddenly getting lost or not syncing for some iOS and macOS users, even in the latest versions of both OS.

For some users, their frequently visited sites, or even their bookmarks, are missing from the Safari browser. This can be frustrating if the user was used to quickly accessing their favorite sites from there.

My frequently visited pages in Safari on iphone just disappeared for no particular reason. In options menu the toggle for FVW’s is on and in settings everything seem right. Already tried with deleting all old history and website data but nothing changes. Ideas, anyone?
Source

In addition to the above, the sync feature is not working properly for some users. According to some reports, the frequently visited sites doesn’t sync between their different Apple devices.

This might have started when I installed the IOS15 beta, though I’m on the release version now – but my frequently visit sites haven’t updated in months – and some of them, I swear I‘ve only visited once.
Anyone else had this? Is there any way to update them?
I have icloud syncing turned on on all my devices, but the frequently visited sites aren’t synced between them.
Source

Not only the smartphone version of Safari is affected by the issue. There are recent reports from macOS users claiming to suffer from the same. So, it could happen on any Apple OS.

Apple is reportedly aware and working on a fix

Apple could be aware of the issue with Safari bookmarks and frequently visited sites not syncing. One user reports that this was confirmed through a call to Apple support.

Finally called apple support , I followed all instructions and nothing worked , Support tech said he needs to bump it up to engineering and to wait a week for them to call, after a week apple engineers called walked me thru a few steps and nothing worked

this went on for about 3 weekly phone calls , finally i was told that they are aware of this issue and have been trying to fix this.
Source

But, from Apple, there is no official public statement about it. So, the above has yet to be confirmed.

Finally, if there is any change in the situation, we will update this article with the relevant information. You can also check the bugs/issues tracker dedicated to iOS 15 and be aware of everything. 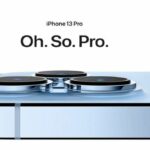 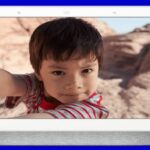