Google is steadily moving forward with its Android 12 beta program and the second beta update came out pretty recently.

As per a thread on Google IssueTracker, the Recent apps button is not working for some users running Android 12 beta on the device in question.

It seems that users of the Pixel 4a often face this issue where the Recent apps button does nothing or becomes unresponsive.

However, the issue was marked as fixed back in May and it was also said that a future update is going to address the problem.

While this issue was first reported in Android 12 beta 1 update for the Pixel 4a, recent reports on the IssueTracker thread suggest that it is still present after the second beta update.

This clearly indicates that the said fix might not have been included in the Android 12 beta 2 update for Google Pixel 4a.

There is still some time before the stable version of Android 12 comes out so there is hope for those affected because of the said issue.

However, it is unclear whether the next Android 12 beta update for the Pixel 4a is going to fix the said issue or not.

Hopefully, the Android 12 beta 3 update fixes this problem for Google Pixel 4a users who are experiencing battery drain issues because of it.

That said, we will keep tracking the development of Android 12 and will report back as and when we get more details to share.

IST 12:46 pm: New reports have it that this issue went away in Android 12 Beta 3. However, the same sentiments aren’t shared by a section of Pixel 4a users. More on that here.

IST 2:13 pm: While this issue was first reported on the Pixel 4a, it now looks like it affects other Android 12 devices too. Despite it being marked as fixed, it seems to persist for many.

One of the affected users notes that this can be fixed by disabling the Animator Duration Scale in developer settings.

IST 05:47 pm: The issue where Recent apps become unusable seems to have stayed around even with the latest Android 12L beta release. As per reports (1, 2), several users are still facing this issue.

IST 05:27 pm: It appears that the home button also goes missing along with the recents button in the Android 12L beta update. Several users have pointed out the bug in the issue tracker Google maintains (1, 2, 3, 4). There’s even a Reddit thread regarding the issue. 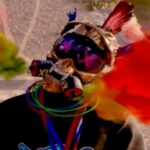