Chrome OS is Google’s own operating system built on top of the Linux kernel. The Mountain View-based company recently changed its update release cycle, with developers planning to release updates every month.

As a result, Chrome OS developers skipped version 95. That being said, the tech giant recently rolled out Chrome OS 96. The update brings several under-the-hood changes, new camera features, and nearby share support to all Android apps. However, soon after its release, those who upgraded their devices to Chrome OS 96 started to report that their Android apps were not loading at all.

Users said they tried clearing the data and cache but a bunch of apps crashed nonetheless. This is a really serious issue since the majority of people use Android apps on Chrome OS for better productivity and other purposes.

Apps will no longer open since I installed the latest update. I’ve tried resetting the cache and rebooting numerous times. No apps work including Play Store. I just see a circle twirling around where the app is listed in the space at the bottom of the screen. I need to solve this asap. HELP! PLEASE!
(Source)

I’ve been using a Lenovo Chromebook Duet as my main laptop for a couple months now, and I’ve enjoyed it up until now. Yesterday, seemingly out of nowhere, some Android apps that require network connection stopped working, they no longer make connections to their needed servers. I’ve uninstalled and reinstalled the apps, cleared cache in the Play Store, and apps, and Play Services, I even disabled and re-enabled the Play Store, which didn’t help at all.
(Source)

As it turns out, Google is already aware of the issue with a Community Manager sharing that the concerned team is aware that Android apps are not loading after Chrome OS 96 update. However, they did not share any ETA on when it will be fixed.

Hello Chromebook Community,
Thank you for raising this issue to our attention of being unable to launch apps after updating to M96 stable. Our team is aware of this and we are working quickly to resolve this issue.
For now, if you are experiencing this issue, please feel free to share feedback with our team.
Best,
Alisha on behalf of Chrome OS
(Source)

Moreover, a Diamond Product Expert said that Google has paused the Chrome OS 96 update after reporting of Android apps not working came in. As always, we will be keeping an eye out on the matter and update this space as and when required.

04:18 pm (IST): Some users confirmed (1, 2) that their Google apps are once again loading fine. Further, a product expert on the community forums claims that repeated restarts may also fix the problem.

04:02 pm (IST): A community manager on the Chromebook support forums has confirmed that a fix for the problem has been identified and it will start rolling out of the next couple of days.

Thank you for taking time to bring this issue of being unable to launch apps after updating to M96 stable to our attention.

We have identified a solution and will be rolling out a new version of M96 to devices over the next couple of days. Please attempt to update your device to resolve this issue and feel free to share feedback with our team if this issue persists for you. (Source) 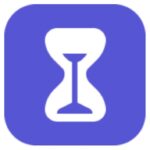