‘Calendar’ is one of the most widely used Google services. After all, the app comes pre-installed on millions of Android smartphones worldwide.

However, Google Calendar offers a great set of features that make it a very functional service. But, lately, the users of the smartphone app are facing a curious and annoying bug.

According to multiple reports, suddenly and for no apparent reason, the Google Calendar app began requesting permissions to access the Body Sensor of the smartphone.

Many users of the Google Calendar app are complaining about the annoying bug. Also, they don’t find any logic in why a Calendar app requires access to such personal or sensitive metrics.

Have an android (Samsung) and received an alert today that Google Calendar needs body sensor permissions or it will not work properly. I like the calendar, but have no intention of giving Google or any other corporation permissions for body sensors. If this becomes a requirement, I will find another app.
Source

Apparently, the prompt requesting Body Sensor permission pops up persistently if not accepted. So, this problem is quite annoying as you are receiving the same notification throughout the day.

Fortunately, the Google team is already aware of the bug and is under investigation. But, there is still no estimated date for the arrival of a fix.

Hi everyone, just to confirm that this is currently being investigated. If affected users could include their device manufacture, Android version and Google Calendar App version that would help.
Source

A Google Product Expert advised affected users to report the problem (if they suffer from it) including their phone model, their Android version and the installed version of the Google Calendar app.

Something similar happened several years ago, but with Gmail app

This is not the first time something like this has happened with a Google service. Some years ago, the Gmail app started asking for the exact same permission. So, it looks like an issue on Google’s servers.

Finally, it only remains to wait for new developments to emerge in this regard. If that happens, we will update this article, so stay tuned.

06:10 pm (IST): A diamond product expert on the Google Calendar forum informed users that Google has acknowledged this issue and they are currently working on it. However, no ETA for fix has been provided.

02:15 pm (IST): Some individuals claim that the issue was fixed with the latest Google Calendar update that’s live on the Play Store. Thus, you might want to install the update to see if the issue persists.

Google just released an update for the Google calendar, with today’s date. After installing Dec. 14 update on my Samsung S21, it no longer nags me about the body sensor. The strange thing is, my old Pixel 2 never had a issue with this. (Source)

Hi [email protected], yes it did resolve the issue. (Sorry, I hadn’t tested it at the time of my last post, but wanted to let everyone know right away.) Thank you for all of your assistance with this Neil! 🙂 (Source) 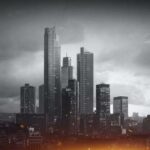 Battlestate: Escape from Tarkov lag or stutter when opening inventory or trading acknowledged COD: Warzone Melee not working or broken after recent update