Spotify is one music service the majority of people have tried at some point in time. It also happens to have one of the largest music collections in the world, with a library comprising more than 70 million songs.

That being said, the developers are always working on bringing in new features to the platform to keep subscribers engaged. But some of these quite often get buggy making them unusable for many.

With that being said, Spotify introduced Blend, a feature that lets you blend in with your friends and family by sharing your music with them. Available to both Free and Premium users, Spotify designed Blend so it merges songs from both you and the person you want to blend with.

The playlists are regularly updated based on what both users listen to. While this sounds intuitive, Spotify subscribers are now reporting that they are having trouble accessing the playlist.

Moreover, some say that they cannot invite their friends since the invite button is not working as well. Users say when they click the invite button, they are either stuck on a loading screen or the app takes them back to the home page.

Just earlier today a friend and I tried to create a Blend playlist. We’ve been trying to load it on both our phones since roughly an hour ago. When I clicked the link, and pressed join, the app opened on a black screen with the three dots. I’ve tried refreshing the app, login out and back in, and resetting my device… nothing seems to be helping the playlist show. It does appear on our “Made for You” pages, but when you click on it you get the three dots again. Would appreciate any and all help with this issue!
(Source)

So I invited my cousin to a blend, and it was infinitely loading for him. We tried different links to no avail. In the app, the blend shows up for both of us, but when either of us tap on it, it just loads infinitely. There’s no option to delete it. We’re kinda stuck. Here’s the screen it gives both of us when we tap on the blend from either the app or a link. It stays like that infinitely.
(Source)

Thankfully, it seems like Spotify is already aware and said that the developers are currently investigating the Blend playlist and invitation bug. However, there is no ETA on when it will be fixed.

As always, we’ll keep an active track of the developments on this one and update the story, as and when required.

IST 10:21 am: A Spotify Community Forum Moderator has now been cited advising affected users to install the latest version of the app and report back if they’re still facing the issue.

IST 04:46 pm: A Spotify moderator confirmed on the forum that the issue with Blend playlists or accept new Blend invitations is now been fixed.

Hey folks,
Thanks for your patience while we looked into this issue. The initial cause for blends not working has been resolved.
We’re seeing a mix of several different reports here, so we’d recommend that raise them in separate threads so they can be looked at on their own merit. Thanks! (Source) 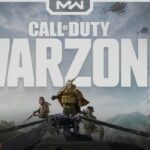