Developed by the same studio that brought us Steep, Riders Republic is a sports video game that was released in October this year. The game allows players to switch between the four main activities that include mountain biking, snowboarding, wingsuit flying, and skiing.

Riders Republic developers also included a multiplayer mode that allows up to 64 players to compete against each on PC where the console versions are limited to 20 players. But as is the case with every Ubisoft game, players have reported a bunch of issues such as the one where many were not getting sponsor rank rewards and wingsuit not unlocking.

In addition to the aforementioned performance issues, some say that the update has resulted in a reduction of visual quality, with some claiming that it is affecting the motion blur.

So I just updated my RR on my PlayStation and straight away off the bat I’m noticing that the silky smooth 60fps motion I love so much about this game seems to be stuttery and unstable now. Also when I try to do tricks and the camera goes into 3rd person off a jump/halfpipe/etc, I experience a pretty reliable dramatic drop in fps almost every time. I hope this gets fixed soon, as visually this is really ruining it for me (alongside mediocre cosmetics and apparently no changes to multiplayer).
(Source)

Since the update went live, comma I haven’t been able to enjoy a single race.. The frame drops and and screen tearing has increased significantly.. I mean in I wouldn’t recommend this game to anyone at this point. Don’t even get me started on the cash grab they are currently attempting. Creations are constantly being deleted, the racers in events somehow ZOOM right by you, no matter how far in the lead you are. The accidental and random tricks have gotten extremely worse. The mass race is a joke at this point, specifically the frame drops and the jumbo bike not turning for standard users.
(Source)

Thankfully, Ubisoft Support said that they were aware of Riders Republic FPS and performance issues and shared that the team is currently looking into it.

Hey Sanders, apologies for the difficulties this problem has been. However, our team is actively looking into this further. So please keep a lookout on our public channels for further updates. We truly appreciate your patience and understanding in the meantime.
(Source)

However, they did not share any ETA on when it will be fixed. As always, we’ll keep an active track of the developments on this one and update the story, as and when required. 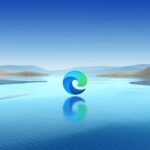