[Updated: Dec. 16] Plex Media Server crashing or not working on QNAP NAS until next reboot, potential solution available for testing

If you are someone who stores a lot of media on their devices, then you must have heard of the Plex Media Server. Initially released in 2008, the app is developed by Plex Inc. and is available on almost every major platform available.

Apart from sporting media server capabilities, the app also allows users to stream more than 200 channels for free, with more available in the paid tier. The app is still being actively developed and is frequently updated bringing in new features and improving on existing ones. However, some bugs do surface from time to time, such as the recent glitch where Chromecast with Google TV was freezing and restarting.

Adding to the list, users are now reporting that the Plex Media server is either crashing or not working for them on QNap NAS systems. This is really frustrating for those who spent money on dedicated NAS machines.

With reports dating back to the start of November, many are angry since it’s been over a month. Many say that restarting the server does the trick for them, but it’s the frequency of the issue that is making them go haywire.

I’m experiencing the same issue. Just noticed today Plex Server 1.24.5 was no longer running on my QNAP NAS on firmware v.5.0.0.1828. I’ve stopped and restarted the server, it seemed to hang, but now the activity monitor is refreshing data so fingers crossed its a one off.
(Source)

Hi I don’t mean to hyjack this conversation, but I have just had the same issue just over the last couple of days, @ChuckPa What logs do you need and how do I get them? It has just has a plex server update on monday PlexMediaServer-1.24.5.5173-8dcc73a59-x86_64 and I’m wondering if this is part of the issue? TIA
(Source)

Fortunately, a Plex Forum Team Member has come out and said that they have a potential solution available for testing in the form of a script file.

A condition was discovered where, when PMS crashes on QTS 5.0, the only recourse is to restart QTS (:angry:) I have been working on solving this and have a potential solution. It is working well here and I would appreciate feedback from anyone willing to try it. It won’t break it. If anything, it will make starting/stopping in App Center behave as it should in these degenerate situations. Any volunteers to try my ‘plex.sh’ replacement script ?
(Source)

We hope Plex developers soon find out the root cause of the issue. Rest assured, we’ll update this article when they fix the crashing issue on QNap NAS. 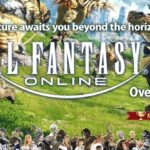 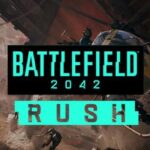