If you are looking for a game that resembles Dodgeball, then Knockout City might be meet your expectations. Developed by Velan Studios and published by Electronic Arts, the game was released in May this year.

The team-based competitive game involves players attacking other players using a ball. But unlike Dodgeball, the game features several types of balls such as the Moon Ball that helps them jump higher and the Bomb ball that acts like a time bomb Unsurprisingly, as one would expect from any multiplayer title, some issues like the block party reward glitch and launch error on Steam and Origin do surface from time to time.

That being said, some recent reports (1,2,3,4,5,6) from Knockout City players suggest they are getting wrong rewards for ranked games after the season ended. Some say that they did not get any season-end rewards at all.

This is really frustrating for those who pushed their ranks last season in hope of better rewards. While wrong rewards are still better than no rewards, players are seemingly angry and wondering how the developers messed up season rewards.

S3 Emerald Rewards instead of Diamond
As the title says, I made it to diamond last season with ~2150 on skill rating, but just logged on to getting emerald rewards instead after updating. It’s a brand new season, so I’m sure there’s gonna be a couple launch bugs and whatnot. Just posting to bring attention to the issue for a faster fix, feel free to mention if the same has happened to you
(Source)

I played in season 1 and got gold but never logged back in. I’m playing now during season 3 and realized I never got my rewards. Is it because I didn’t log in?
Just like title says. I definitely got gold 1 in tanked but playing now none of my rewards are showing. Kinda sucks cause I’d like to have my rewards from back then but not sure how to fix this issue
(Source)

Fortunately, EA Help has commented on the matter and said that they are aware of the issue with Knockout City rewards. It looks like the developers are currently investigating the glitch, but there is no ETA on when it will be fixed.

Our Knockout City team is already working on addressing the issues, but I don’t yet know how long it will take to resolve them, If you can access discord, that will be the best place to keep updated. — Bruce
(Source)

Nonetheless, we will be keeping an eye out on when EA releases a fix and update this article as and when required.

12:10 pm (IST): Devs are still working on fixing the issue where Knockout City players are getting wrong or no rewards for ranked games. Unfortunately, no ETA for fix has been provided.

01:54 pm (IST): knockout City devs are rolling out a fix for the League Play rewards issue. This fix will grant each player the correct reward which they earned in League Play in Season 3.

Moreover, players will need to log out and back in to see the items in their inventory. 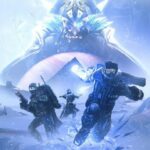 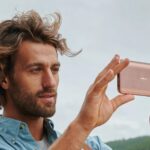